I have written every day for the past 10 years. If you like to read, I've got your back - and I promise to challenge your thinking
Back to articles
March 28, 2015 • Deep Inner Work

If you are in the midst of ‘messy’ right now, this one’s for you.

This is for you, if you’re looking at others and thinking, “It’s alright for them…”

This is for you, if you’ve been on a high and now have a sense that you’re in the lowest of the lows. If you’re feeling the pain of the struggle.

This is for you, if you’re frustrated with what Steve Chandler calls ‘the blue collar work’ of coaching (see chapter 64 in The Prosperous Coach).

This is for you, if you’re thinking, “not another fucking NO!”

This is for you, if you’re thinking, “I know money won’t make me happy… and I’d just like another few thousand dollars right now—ANYWAY!” OR “This would be so much easier IF ONLY… I was single/I had a partner/my kids needed just a little less attention/I had more money/I had more time/I had more experience/I knew the right people/I had better coaching skills/I believed in myself more/I had less fear….”

Thanks to Laura in 4PC for sending me her version of her exponential curve. It reminded me of this image on leadership by Hugh MacLeod. 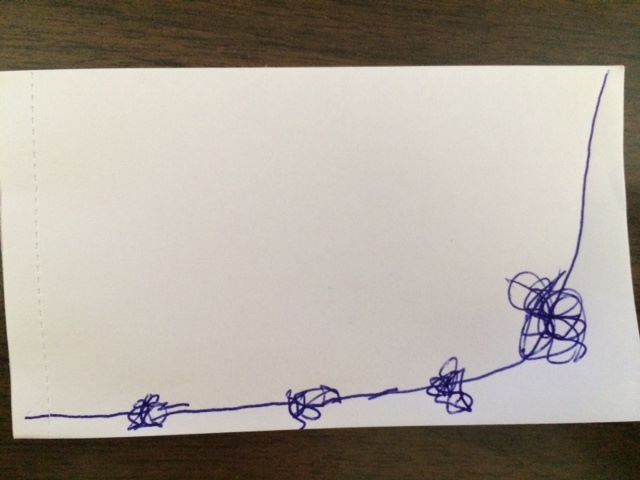 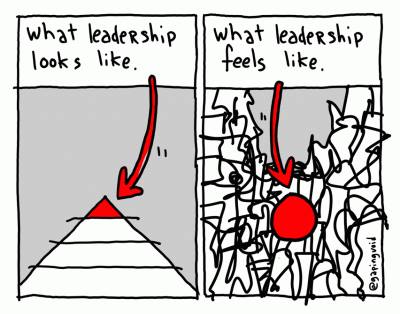 The ‘problem’ with an exponential curve is that it looks – and FEELS – flat, right until it takes off ever so steeply…

Another member of 4PC shared a diagram showing her belief that when she reached the top of the exponential curve, there would be a “kaboom!” and she’d fall into the water where sharks awaited her.

Here’s what I said to her: “I’m curious what the OPPOSITE of that diagram would look like for you? With a title something like “Living into the Most Powerful Future I Could Imagine.”

P.S. Many of you have been asking when we are going to run the next public Prosperous Coach Intensive. I’m thrilled to announce that it will be September 17-20, 2015 and our theme will be “Selling the Invisible.” This will be the only public intensive this year, so I highly recommend purchasing your ticket during our advance access period (April 13-17). Visit www.richlitvin.com/intensive on April 13 to purchase your ticket.