I have written every day for the past 10 years. If you like to read, I've got your back - and I promise to challenge your thinking
Back to articles
October 8, 2016 • Deep Inner Work

I’m often asked by coaches whether or not they should get a certification.

There’s an important distinction you need to understand before you answer that question.

Do you want more CONFIDENCE or COMPETENCE?

If you want to build your confidence and self-esteem that’s fine. We could all do with a little more of that at times.

There’s nothing wrong with taking trainings that lead to a certificate at the end, IF you know why you are seeking them.

In the movie, The Wizard of Oz, Dorothy meets and befriends the Scarecrow. He’s only just been made, so he doesn’t have much ‘knowledge’.

He confuses this with thinking he’s stupid and, despite continually demonstrating that he has a lot of wisdom, he wants a brain.

She meets the Tinman who is made completely of metal and doesn’t have a physical heart.

He turns out to be the most the most tender and emotional of Dorothy’s new friends but he thinks he can’t love. So, he wants a heart.

And she meets the Cowardly Lion who believes that his fear makes him inadequate.

Despite frequently acting in the face of fear, he desperately wants some courage.

They spend most of the movie traveling to meet The Wizard of Oz, who they believe will finally grant their wishes.

But when they finally meet the “Wizard” they discover that he’s actually a normal middle-aged man who has been projecting a fearsome image. 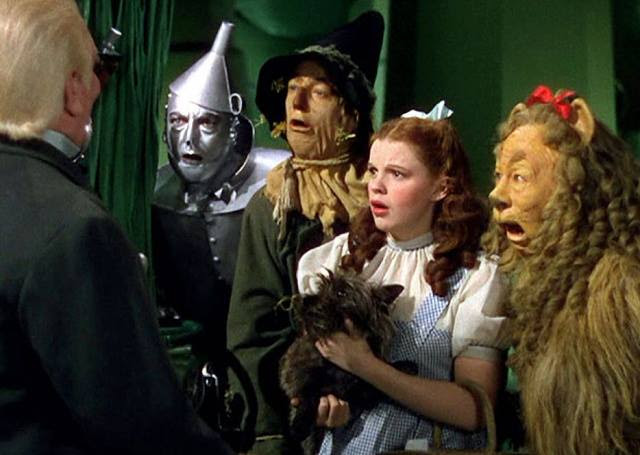 He eventually even admits to being a “humbug”.

Well, it would take one who’s spent much of his life trying to pretend to be someone he’s not, to see that what many of us are seeking is what we don’t ready need. (I’m talking to myself here, by the way. I know the Wizard’s part of the story from the inside out).

He gives the Scarecrow a diploma, the Lion a medal, and the Tin Man a ticking heart-shaped watch, granting their wishes and convincing them that they have received what they sought.

It’s such a beautiful metaphor for life.

And whilst you can never have enough of what you don’t really need, it doesn’t hurt, once in a while, to receive a little placebo to help us on our own journey!

The most important skill as a leader, a coach or an entrepreneur is self-awareness.

Maybe you’re a pretend ‘Wizard’, a ‘stupid’ Scarecrow, a Tinman without a ‘heart’, or a ‘cowardly’ Lion. That’s ok. It’s the nature of being human. We all think we’re less than or pretend to be something we’re not at times.

You probably wouldn’t be a great coach if you didn’t know that story from personal experience.

So, if you believe that a certificate will help you to build your confidence and self-esteem as a coach, that’s perfect.

If you believe that a certificate will help to open doors to you in the corporate world, that’s great.

And if you take some trainings that lead to a certificate because you believe that even the most masterful coaches never stop learning, that’s great too.

Just don’t forget to pause to see where your beliefs are coming from. And then smile when you remember just how human you are!

Now, what are YOU seeking most, right now?