I have written every day for the past 10 years. If you like to read, I've got your back - and I promise to challenge your thinking
Back to articles
September 28, 2018 • Deep Inner Work

There’s an old Zen story about 2 monks who came to a river on their travels.

As the monks were preparing to cross the river, they saw a very young and beautiful woman also attempting to get across.

The young woman asked if they could help her cross to the other side.

The two monks glanced at one another because they had taken vows to never touch a woman.

Then, without a word, the older monk picked up the woman, carried her across the river, placed her gently on the other side, and carried on his journey.

The younger monk couldn’t believe what had just happened.

He rejoined his companion, but he was speechless, and an hour passed without a word between them.

Two more hours passed, then three, finally the younger monk could contain himself no longer, and blurted out:

“As monks, we are not permitted to speak to or touch a woman, how could you carry her across the river?”

The older monk looked at him and replied:

“Brother, I set her down hours ago, why are YOU still carrying her?” 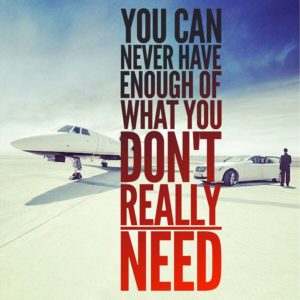 WHAT ARE YOU CARRYING?

I once coached a hedge fund manager who manages billions of dollars of assets.

He is a millionaire in his own right, has beautiful homes in different countries and is friends with some of the most influential people on the planet.

But he carried a deep, guilty secret…

You see, he’d been an immigrant to the county he now lived in as a youngster. And in high school he’d been bullied for being different.

That little boy did what he could to survive the trauma of being bullied.

He made an unconscious decision to chase achievement and accomplishment.

“Once I’m successful enough, wealthy enough and I know the right people, then I’ll be accepted.”

And he was incredibly good at the first part of this mission.

But the deeper problem is that you can never have enough of what you don’t really need.

All the money in the world, all the success and all the influential friends were never going to heal the pain that the bullies had inflicted on him back when he was a child.

Over thirty years since he’d been bullied, the little boy who’d stood out for being different, was still trying to fit in and be accepted.

As coaches and consultants, most of the problems we attempt to help our clients to solve are actually presenting problems and not the real issues that lie below.

Presenting problems are often the symptoms of something much deeper and larger.

Deep Coaching (the clue is in the name!) is about digging deeper than most people would be willing to go.

It doesn’t mean dismissing the Presenting Problem because it can feel very real to your client.

You have to acknowledge it, so they feel truly seen and heard.

Yet, you can go deeper with gentle questioning.

A great way to get there is to literally sit next to your client, instead of across a table or across the room from them.

And then, because you are sitting next to them, instead of confronting them with the real problem, you can present it speculatively.

Sitting side-by-side makes you more of an ally than an ‘expert’.

It’s easier to listen to an ally, especially when they are potentially changing a view of the world you may have held for decades.

“It seems like there could be something deeper here. I wonder whether this may be a it…” Then ask them to consider the issue you’ve identified.

It’s important to tread with care here because the problem you’ve identified may not actually be the real problem. (Don’t be attached to being right).

As you ask gentle questions you can change direction depending on their response as you explore their old story with them.

1. What’s an old story that YOU have been holding onto for many years?

2. Without breaking a confidence, what’s an old story that you helped a CLIENT uncover that they hadn’t seen before?