I have written every day for the past 10 years. If you like to read, I've got your back - and I promise to challenge your thinking
Back to articles
January 20, 2023 • Rich Litvin 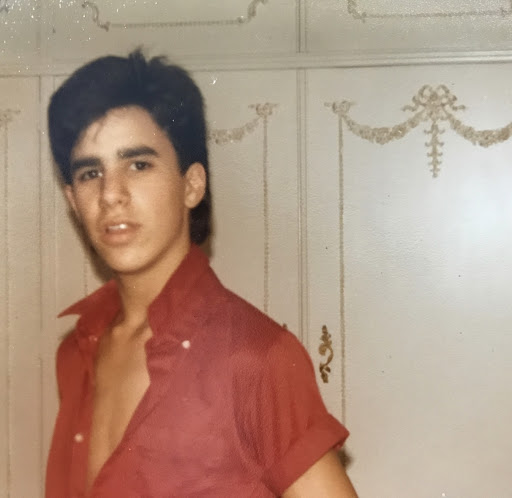 50 Things You Don’t Know About Me

2. At 16, I used to jog around the block, listening to Bruce Springsteen on my Sony Walkman.

4. 1984 was the first year I had a real kiss with a girl. But my first ever peck on the lips kiss was at 10 years old, with Alexandra, behind the bike shed in primary school.

5. I joined the Boy Scouts at 11 years old. But mainly to get out of compulsory sports on a Monday afternoon. I became a Queen’s Scout at 18 (Eagle Scout, in the US).

6. I met the Queen Mother at 13 years old, when she visited my school. I was demonstrating the pottery wheel!

7. At 24 years old, I spent two years living in rural Botswana in the British equivalent of the Peace Corps. I taught Science to kids in middle school. The children used to snack on fried crickets. I was never brave enough to taste them.

8. My favorite toys as a kid were my Action Men (I think GI Joe is the nearest American equivalent). 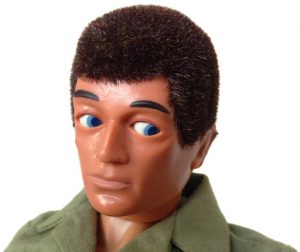 9. I was an avid reader as a kid. I loved the Greek myths, the Lord of The Rings trilogy and Solzhenitsyn.

10. My love of reading was inspired by Mrs. Ellis who read The Hobbit to us every day in class, when I was 10 years old.

11. I was the leader of The Anti Apartheid Society when I was at university. We used to picket Shell Gas Stations because Shell supplied fuel to South Africa’s Apartheid regime.

12. I found a pack of tiny playing cards when I was a kid, that had a naked woman on each card. I hid them in my secret hiding place, under the bottom drawer in my desk. A decade later, when I was away in Africa, my parents sold our childhood home and moved. I always wondered who found those cards when the movers lifted up my childhood desk to take it away, and saw them lying on the ground.

13. One of my first ever paying jobs was working in a plastic bag factory, one summer, at 16 years old. All the other workers were women. They seemed ancient to me at the time. And they loved embarrassing me by talking about sex.

14. At 17 years old I got a job as a barman at The Old King’s Head pub, in Chigwell, Essex. Yep, in England you can serve alcohol as young as 16. The pub was built in 1547 and was described by Charles Dickens as “a delicious old inn opposite the churchyard.” 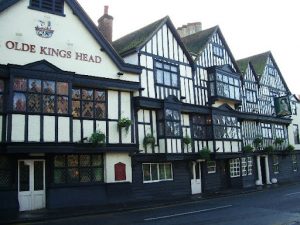 15. I had an argument with my boss at that pub and he fired me and barred me from coming back, for life. I have no memory at all why he was angry with me. But since it was the pub where all my friends hung out, I used to sneak back in regularly. He never spotted me.

16. I volunteered at a Psychiatric Hospital for a summer when I was 17. One of the saddest things I ever saw was a long-term patient with serious dementia, who had previously been head of that very hospital.

17. My love of travel was inspired by reading Paul Theroux’s The Great Railway Bazaar and Jupiter’s Travels by Ted Simon (about his journey across 45 countries on a Triumph Tiger motorbike).

18. I traveled alone around India for three months at 21 years old. But I had to return to England earlier than planned, when I got really, really sick in Calcutta.

19. At 17, I spent a summer living in Israel at Kibbutz Hasolelim. A highlight was lying on top of the water tower at night, flirting with a girl I liked.

20. I hated meeting girls in bars but when I was young it was the only way to meet someone. I was desperately shy. The loud music made it hard to talk. And I never knew what to say to them.

21. I discovered speed dating and online dating in 2002. They were so much fun for me because they took off all the pressure of having to say the right thing in a bar or a club, where I didn’t want to be in the first place.

22. My first ever ‘real’ job was as a Personnel Officer at Great Ormond Street Children’s Hospital. I thought it would be wonderful to work in Human Resources but the British National Health Service was so bureaucratic that I hated it. I was shuffling papers, not meeting people.

23. I used my first paycheck from that job to pay the deposit on my first car. A dark blue Mini Metro. I bought red ‘go faster’ stripes and stenciled them on each side of the car, to make it look cooler. You can safely assume that didn’t work.

24. One day, I was sent to a Recruitment Fair to recruit employees for the hospital where I worked. I was so bored, I slipped away to listen to a talk about teaching. It sounded so amazing that I resigned from my job the next day.

25. I trained to be a teacher at Oxford University. I was at Wadham College.

26. During my time at Oxford I lived in a stately home owned Lady Waterhouse. She was about 80 years old, an extremely intelligent, well-traveled woman.

27. One of my most embarrassing moments as a fresh-faced, nervous, 22 year old teacher was being chased down the corridor by two 18 year old high school students. They knew I was scared of them. And I managed to get into the Staff Room just in time before they cornered me in the corridor!

28. When I found out I was going to have a son, I told my Men’s Group I was afraid. What would I ever be able to teach my boy about how to be a man? They told me not to worry. He’d teach me everything I needed to know. They were right.

29. I spent four years living in Brunei from 1998-2002. It’s a tiny, oil rich country on the island of Borneo. I worked at an international school. For parents’ evenings we’d go to the palace of The Sultan of Brunei. At the time he was the wealthiest man in the world.

30. I’ve long been fascinated by the dark side of leadership and I’ve read many books about Hitler and Stalin.

31. I met Monique at a workshop about intimacy and sensuality.

32. I trained as a yoga teacher on the island of Koh Phangan in Thailand. My instructor used to get annoyed with me for telling stories to my students. Turns out I was more of a storyteller than a yoga teacher.

33. When my dad was very ill, the guys in my Men’s Group suggested I write him a letter to tell him how much I loved him. I thought it was a great idea but I avoided doing it for months. One day they forced me to sit down and write it. I hated them but I did it. Before my dad passed away, I sat down with him and read it out loud to him. We both cried. I’m so grateful for my friends. It was the best gift I ever gave my father.

34. I trained to be a meditation teacher in India, in the Himalayas. I lived in a five star hotel, not a cave.

35. My favorite item of clothing throughout my university years was a Mickey Mouse t-shirt. 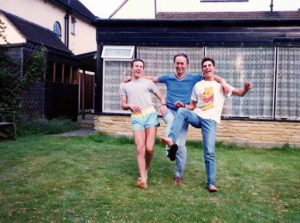 36. In the early days of my coaching career I became the CEO of a personal coaching company. It was owned by a global business coaching firm. When my own coach met the founders, he said, “I get why they want you, Rich. I don’t get why you want them.” The truth of that statement resonated in my heart and I resigned the next day. I was terrified, though. That company was known on three continents and no one had ever heard of Rich Litvin. Sixteen years later, that company no longer exists and quite a few people know about me.

38. I got a Palm Pilot in 1997 and I’ve been reading and writing on a gadget in my bed ever since. I’m doing it right now, on my iPhone. I’ve noticed that habit seems to upset the women in my life.

39. I’ve had a beard for over 30 years. I used to have a very stylized goatee. When she met me, Monique hated it and told me to grow a full beard!

40. Monique was stunned when I told her that I never had a birthday party as a child. It was always just my Mum, my Dad, my two brothers and me and a small chocolate cake from the local supermarket.

41. I love snuggling with my little boys at night. When it’s my turn to put them to sleep, we lay in the bed together, I read to them and then we all pass out together!

42. My favorite book on my Dad’s bookshelf when I was a kid was called “Everything You Always Wanted to Know About Sex (But Were Afraid to Ask)”.

43. I’m embarrassed to recall that when I was 12 and my 11 year old brother started to walk to school with me, I used to run away from him because I thought it wasn’t cool to walk with a kid brother.

44. My first ever love was the singer Blondie—Debbie Harry. I had a poster of her in my bedroom for years.

45. Despite being British, I don’t drink tea, I don’t like baked beans, I’ve never said the phrase, “Mustn’t grumble.” And I have absolutely no interest in football (that’s soccer for you Americans).

46. My favorite band as a kid was Madness. I was a member of their fan club, called The Nutty Boys.

48. We had no pets growing up. My first pets were two rescue kittens that a girlfriend of mine rescued from the street. And I adopted a puppy for the first time ever in 2022.

49. I never used to think that I liked to drive.  And then I bought my first Porsche.

50. I still feel like a little kid inside much of the time.