I have written every day for the past 10 years. If you like to read, I've got your back - and I promise to challenge your thinking
Back to articles
November 19, 2021 • Rich Litvin 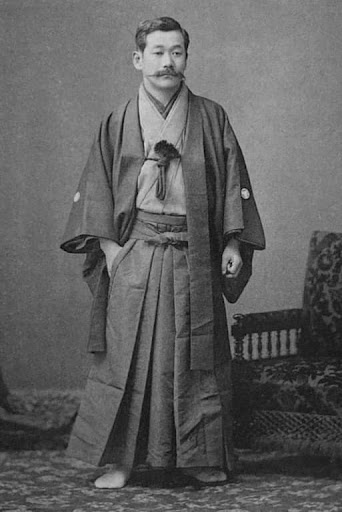 Last year I spent two days working with the best coach on the planet in the field of high stakes negotiation.

Within minutes of starting his training I was put into an international negotiation simulation.

Within hours of the training beginning we were playing a hostage simulation called, “60 Seconds or she dies…”

Chris Voss spent 24 years in the FBI as a lead hostage negotiator. He won the release of hostages who were kidnapped by bank robbers and terrorists. He’s the author of the excellent book, Never Split the Difference: Negotiating As If Your Life Depended On It.

In a moment, I’ll share with you my top insights from Chris and his team. But first let me tell you why I chose to train with Chris.

It’s simple. I love to spend time learning from world-class teachers and leaders in their field.

Only then will you genuinely walk your talk.

Every great coach I’ve ever met has their own coaches.

After all, why would clients invest their precious time and money in coaching with you, if you don’t believe in what you do enough to hire your own coaches?

Who wants to learn from someone who isn’t also constantly learning?

Kano Jigoro was the founder of the martial art called Judo. He was an educator and athlete. And Judo was the first Japanese martial art to gain widespread international recognition, and the first to become an official Olympic sport.

Mastery isn’t being really, really good at something…

Jigoro asked to be buried in his white belt when he died in 1938. He wanted to be remembered as a student who was constantly learning and not the master that he was.

The Power of Practice

As I learned about negotiation from Chris, he stressed the importance of constant practice and repetition to learn a new skill. “Get your reps in,” as he puts it…

Enrolling high-performing, high-fee clients is a high stakes negotiation. Here are some of the secrets behind being great at it…

1. There are always deal killers that are not in the room. Eg. The client’s wife, who doesn’t want them to leave their corporate job to become a coach.

2.  Your real competitor in a negotiation is you. Eg. The pursuit of trying to “close” a client can cloud your judgement.

3.  Your emotions get in the way of proper decision making and good communication. Eg. You’re trying to coach a potential client but the real thought in your mind is, “How do I provide a better life for my family?”

4. The fastest way to build trust is to go after the negatives. Not as you see them but as they see them. What don’t they want? What concerns do they have?

5. Your primary job is to be the calm voice in the room.

6. Use labels to figure out what they really want

8. When people are under pressure, they’ll do whatever it takes to get out of it. They’ll lie, break protocol, even break the law.

9. Not asking for anything in return builds trust.

10. The most dangerous negotiation is the one you don’t know you’re in.

11. There are only ever 3 types of people in a negotiation. For every type, there something more important than the deal:

(a)Assertives (body types). They really want to be heard and understood. If they are, they’ll feel good even if the deal doesn’t work out.

(b)Analysts (head types). They really want their research to be correct. And then they’ll feel good even if the deal doesn’t work out.

(c)Accommodators (heart types). They prize the relationship and connection above the deal. If they feel liked, they’ll feel good even if the deal doesn’t work out. [I’m a heart type. It was uncomfortable to be labeled. But there are strengths and weaknesses to each type].

12. Two out of three times, you’ll be negotiating with someone who isn’t your type. So “Do unto others…” will be wrong 2/3 times! Your job is to uncover their type and give them what they need.

To get your counterpart to say “That’s right,” follow the same steps that a great coach uses to have their client feel really understood:

(i) Use the power of silence. Let them talk until all the emotion is drained from the conversation. Everybody wants to feel heard.

(iii) Mirror their statements to build empathy and rapport. Repeat key words that they use.

(iv) Label their emotions with simple phrases. “It seems like you’re frustrated at not getting the Board to agree to your vision.”

(v) Finally, put their story into your own words to show them that you really get it.

Keep labels short. If you need to say “and” or “but” your label is too long.

If a client isn’t ready to sign up, label what’s going on:

There will always be things that your counterpart is hiding. And they are always concerned about them.

Using labels lets them feel understood. It creates your best chance of success at getting their hidden concerns out in the open—and making the deal.

The day after this training, I drove to a hotel. I used every skill I’d learned to negotiate an upgrade to a top suite.

You know what I got?

As the receptionist continued to ignore my negotiation for an upgrade, I got frustrated and dropped all my high-level negotiation techniques…

I pulled out what I assumed was my trump card…

“Yes, Sir,” replied the receptionist, “but we also have two other events at the same time, that each have 400 people.”

Humbled, I trekked up to my room. And I reminded myself…

You did your reps.

You did your reps.

PS. Set yourself up for dramatic success in 2022, by joining me on the Deep Dive. One spot left. Buckle up… You'll be joining a small group of coaches who include: a former advisor to the United Nations, a former Navy seal, a former Vice President at the Walt Disney Company, a coach to leaders at the BBC, a coach to leaders at Fortune 500 companies, a trusted advisor to Family Offices and a former investment banker who managed billions of dollars of assets.

Plus, whenever you’re ready… here are 3 ways we can help you grow an extraordinary coaching business—one conversation at a time: