I have written every day for the past 10 years. If you like to read, I've got your back - and I promise to challenge your thinking
Back to articles
May 29, 2020 • Deep Inner Work 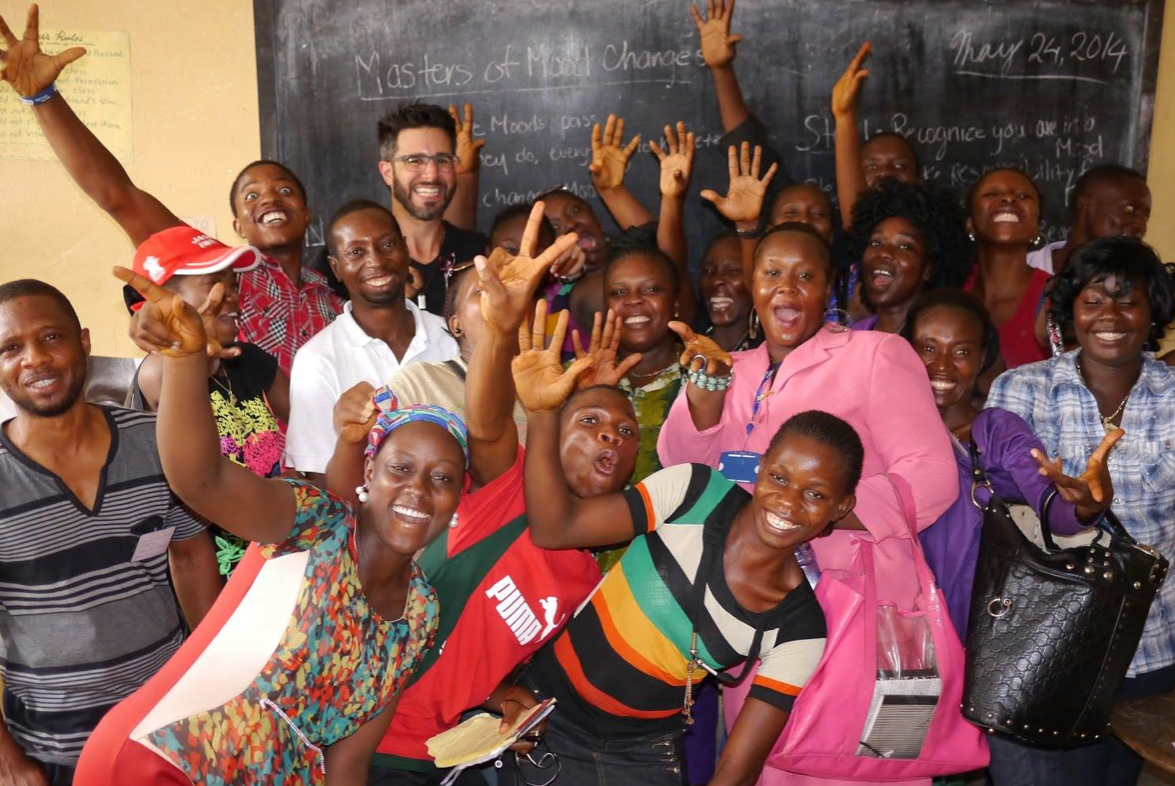 Do you have a mission so big that nothing will stop you?

I have no interest in being an accountability coach. I’ll tell you a story, to explain why.

It was a cold day in February 2014. And I was sitting at my desk, writing my weekly newsletter, when my phone rang.

I didn’t recognize the number. And I rarely answer unknown callers but something made me pick up. I said hello and I heard these words:

You don’t know me, Rich.

But I know you and I’d like to invite you to be part of a mission I’m putting together to travel to Liberia in West Africa. It’s one of the poorest countries on the planet.

We’re going to train 400 local teachers at an empowerment event. We’re going to literally build a school. We’re going to teach young girls, who were forced into prostitution by their families – from economic necessity. And we’re going to take water filters to villages that have never had access to clean, running water…

I’ve no idea what he said next because my eyes had glazed over. I was already dreaming about how I was going to make this happen.

Robert didn’t know it when he called me but he’d tapped into two things that made my heart sing.

I had a passion and a fascination for Africa, ever since I spent 2 years teaching in rural Botswana, in my early 20s. I’d later traveled across much of Southern and Eastern Africa.

I also had a passion for teaching. I trained to teach at Oxford University and I have a Masters in Education. I spent fifteen years as a teacher, eventually training teachers and running schools. I’d taught in inner city London, rural Africa and I’d helped set up an International school in South East Asia. I loved teaching.

I was talking to a stranger…

I had no idea who he was…

But he made me a proposal. And I was fully in before he’d even finished speaking!

It didn’t make any sense. At that moment, I was a dad to a 2 year old and Monique had just given birth to our second son.

Truthfully, I was also a little scared of traveling to West Africa, since Liberia had been through 12 years of civil war and had just had its first Ebola outbreak.

In fact, there were a million reasons to say NO.

So, I said what any rational person would say to a stranger on their first call,

My first task was to enroll a team of ten coaches to travel with me. It was one of the hardest things I have ever done.

It was really, really hard to ask people to leave their families to travel halfway around the world, in potentially dangerous circumstances.

Lots of people told me that they wanted to join me but the timing wasn’t right, or that they couldn’t leave their family, or that they just didn’t have the funds.

It didn’t stop me.

I kept going, no matter what.

I built my capacity to hear the word NO more in those few weeks than in all my prior years of coaching.

But YES lives in the land of NO…

And I finally did it. The day came when I called Robert to tell him the good news. I’d enrolled the coaches in my team. I was tired but relieved.

And then he stunned me,

Inside of me was a fire.

I was not going to let that stop me.

Was that true? I don’t know. But I showed up as if it was true.

I told Robert that I would fill those other spots.

And I worked my ass off for the next few weeks – calling people, writing to people and inviting people.

I enrolled coach after coach to join us.

It was one of the most challenging things I’ve ever done.

One day my phone rang. It was Robert: I smiled and said, I know.

I was willing to do whatever it took.

Nobody held me accountable. Nobody pushed me. Nobody cheered me on. In fact, at any time, if I had stopped, life would have been fine.

And nothing was going to stop me.

If you need accountability, don’t call me.

But if you have a dream so damn big – and so damn scary – that nothing will stop you, let’s talk…

Coaching for an Insight

When you’re a personal client of mine – or even in our community Facebook group, you’ll often hear me ask questions like “What do you want to create?” or “What’s holding you back?” or “What are you tolerating?”

But then I don’t respond, or answer you! There are 3 reasons for this:

PS. The ability to learn faster than your competitors is the only sustainable competitive advantage. If you want to accelerate your skills and talents by immersing yourself in a community of top performers, join us in the first ever 4PC Accelerator.