I have written every day for the past 10 years. If you like to read, I've got your back - and I promise to challenge your thinking
Back to articles
October 12, 2021 • Rich Litvin 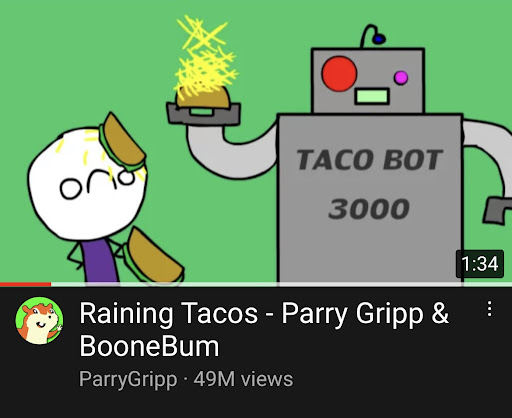 You’re a crazy weirdo. It’s time you embrace it.

His second best-known song has over 20M views on YouTube and 10M listens on Spotify.

That’s a quarter of a billion views on YouTube alone.

Most business owners would kill for that kind of online attention.

But most people reading this article will never have heard of him.

You see, if you’re not a parent—with kids of a specific age—you’ll live a wonderful life, never knowing Parry Gripp exists.

The lyrics are beyond simple. The song is super annoying. And my 7 year old insists on playing it at full volume, on incessant repeat.

But here’s why I love Parry Gripp…

He knows his audience.

There’s no one like Parry Gripp on the planet.

When she was a child, doctors told Evelyne that she would never walk again.

Doctors are often good at diagnosis, they aren’t always good at prognosis. Evelyne loves dancing and singing and living out her inner pop star. She wasn’t going to let their opinions stop her. And she built a career as a dancer and singer—touring the world as Europe’s number one Madonna impersonator for over 7 years.

She was featured on the BBC as well as many British and European TV channels and newspapers.

When her son was born, the doctors told her that he wasn’t going to make it. Doctors are often good at diagnosis, they aren’t always good at prognosis.

Evelyne had to fight the system to get him the support he needed.

Her son is now the first survivor of having no small intestine from birth. He can’t process food so he gets nutrition into his heart. Every day.

When her daughter was born, the doctors explained that she had four heart defects. She’s now doing fine.

Evelyne has a 15 years track-record of coaching leaders and executives, in organizations such as the BBC and Channel 4. Her clients have gained record deals with Universal Records, won awards and got jobs they thought were beyond their reach.

Evelyne Brink is also one of my secret weapons. For the past few years, she has worked with me prior to my big events. I used to lose my voice after 2-3 days of teaching. That doesn’t happen any longer. And I’m far more embodied and relaxed on stage and on camera than ever before. 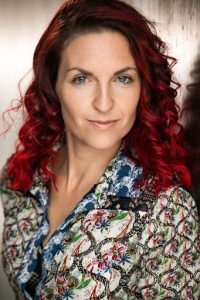 I’m flying Evelyne out from London to Dubai, this December, to work with my clients at The Dubai Deep Dive.

She’ll be teaching the Principles of Presence—voice, tonality and daring to really mean what you say. This is a superpower if you ever teach or coach on Zoom, or on a stage.

But so are you.

And here’s the problem…

Social comparison is when people assess their own value in relation to the attractiveness, wealth and success of others.

The problem with social media is that we’re usually comparing how we feel at our worst, with how others look at their best.

Facebook is currently receiving massive criticism because it tried to hide the results of its own research—that Instagram is incredibly harmful for teenage girls, leading to massive increases in anxiety and depression.

But it’s not restricted to teenage girls.

This creates a big danger online, that it’s easy to spend much of your time comparing yourself to others.

For most of human history, constant comparison actually kept us safe.

You didn’t stand out. You didn’t rock the boat. You fit in.

As an entrepreneur and as a coach, you have to work hard to resist centuries old urges to stay small and not be noticed.

In fact, your job is to stand out.

You’re a crazy weirdo. It’s time you embrace it.

Being unorthodox and different isn’t a problem. It’s your asset.

Don’t be a generic coach. 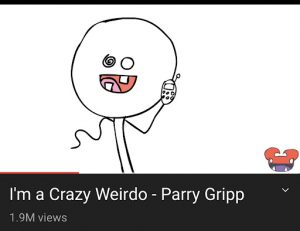 Your people are weird, too.

PS. The Deep Dive is back. We begin this December—and over the course of two months, including two days in Dubai—you will join a small group of committed people, with me as your coach.
You'll set yourself up for 2022, refreshed and revitalized, with a clear vision and a bold action plan.
The first 2 spots have already gone. Learn more and join me, here.

PLUS… Whenever you’re ready… here are 4 more ways we can help you grow an extraordinary coaching business—one conversation at a time: