I have written every day for the past 10 years. If you like to read, I've got your back - and I promise to challenge your thinking
Back to articles
January 18, 2019 • Be You

I Transformed… From Brit To American Citizen!

I come from a long line of adventurers and entrepreneurs who moved countries to start a new life.

This is my Great Grandpa Max. 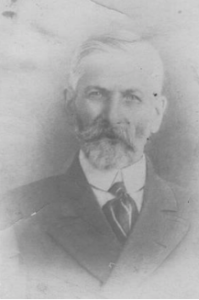 Max’s father – my Great, Great Grandfather Moses – was a soldier in Lithuania who, after serving 25 years of military service, was granted the special privilege to settle outside the place of his birth. His son Max was born in what is modern day Estonia, in 1857.

Life was hard back then and Max’s first two wives both died in their twenties.

Later, Max met and married my Great Grandmother, Mirium. And, at 33 years old, Max decided to leave everything behind in search of a better future for him and his family.

With his wife and four children, he traveled from Estonia to Glasgow in Scotland – a precarious journey of 2,000 miles.

In 1890 Max and his family would have made this trip on foot, by horse and cart and possibly by train. They’d have traveled through Latvia, Lithuania, Poland, Germany, Belgium and England, before finally reaching Scotland.

What courage it must it have taken in 1890 to travel over 2,000 miles, to move your entire life and family to a new city and country.

In 1903, the family moved once again. This time from Glasgow to London, where my Grandpa Theodore – Max’s 5th son – was born in November 1904.

I can’t say I ever faced such hardship in traveling to the United States from England. But I came here for a workshop in 2006 and I stayed for a woman – who’s now my wife!

And this week, I sat in a hall in Los Angeles with 1,067 other immigrants for what is called an Oath Ceremony.

A US court judge officiated (he himself had immigrated to the United States from Mexico at 9 years old). And within an hour 1,000 different lives had transformed.

I witnessed people crying and hugging one another. For some people in that room, becoming a US citizen was literally a matter of life and death. For others, it had taken years for their dream to come true for them to be able to re-start their lives in a new country. 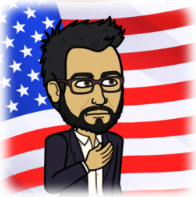 Frankly, I would have loved to have become a citizen while Barack Obama was President of the United States. But it was fun to see that it was 11 years to the day, since I met him in person, when I volunteered at his first campaign, back in 2008.

Robert Kennedy once said, “Since the days of Greece and Rome, when the word ‘citizen’ was a title of honor, we have often seen more emphasis put on the rights of citizenship than on its responsibilities.”

And I’ve been reflecting on that a great deal these last few days. After all, I am in the business of transformation and it’s been a real conscious transformation to shift from being an official Brit to being an American.

What are my responsibilities as a citizen? And how can I make a real contribution?

As the French political philosopher, Montesquieu, said, “The tyranny of a prince in an oligarchy is not so dangerous to the public welfare as the apathy of a citizen in a democracy.”

On a more mundane note, it was raining in LA yesterday, so I looked like a real Brit as I swore my Oath of Allegiance!

Now the real question is do I have to start dressing like an American – in baggy t-shirts, shorts and flip-flops?! 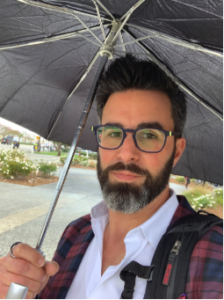