It’s with a heavy heart that I write to let you know that one of the leading lights of our community has gone out.

On Sunday, James G Butler passed away on a trip to Thailand with his new fiancé. 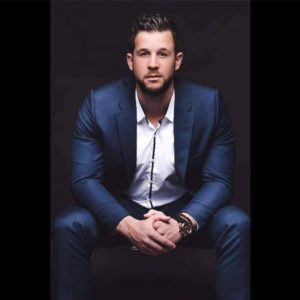 Not yet 30, James was one of the most extraordinary men I have ever met.

Deeply loving and heart centered, he was also a warrior.

He was a Navy bomb disposal expert by training. And he served two terms in Afghanistan.

He told me once that he missed the camaraderie of his time in the military. The deep trust he had in his brothers that when they were facing danger, they had his back—and he had theirs.

He told me that this was why he loved 4PC so much. Because they have his back and he has theirs.

He told us all, many times, that 4PC was his family and he was going to be a member for life.

Little did we know how true that would be—and how tragically short his life would be.

We took 4PC to Sedona in January and one night James began chatting to the barman.

He was intensely curious and as he asked the man to share his story, they discovered that they were both veterans.

Why on earth are you working behind a bar? asked James.

The man began to cry…

In service, that barman was highly skilled and he pushed himself beyond his limits. But as a civilian, his abilities were no longer recognized and he’d lost his sense of mission. He sobbed his heart out that night to a brother who could understand him and his pain.

First, he wanted to give veterans back a sense of mission.

For anyone who has served in the military, ‘mission’ is a word that they understand deeply.

And it broke James’ heart that so many men and women, once they left the service, felt lost. The risk of suicide is 22% higher among veterans compared to non-veterans in the US. And approximately 22 veterans die by suicide per day—that’s one every 65 minutes.

He told me once that the government invested over a million dollars to train him.

And he felt that it would be tragic if this investment of so much money, time, energy and commitment would go to waste.

He was thrilled that a company like Starbucks had committed to hire 25,000 veterans and military spouses by 2025.

But what he really wanted was to help veterans who were trained as leaders to become leaders again.

James’ other mission was far bigger than him. Too big to comprehend at times. He wanted to end war.

And who else but someone who has seen the ravages of war at close hand could take on a mission like this?

James was also very human—with the same flaws we all have. But he was a man who played big and a man who loved deeply.

My heart goes out to James’ fiancé, Leighann, and to all of his friends and family.

From all of your brothers and sisters in 4PC—we want you to know, James, just how much we love you.

And we’re proud that you were a man on mission until the very end.

When my Dad passed away—3 years ago last week—I had a call with one of my mentors.

It’s OK to know that your thinking creates your reality AND to feel fucking sad.

I love you, James.
And my heart aches.