Join me as I coach a fascinating top performer, in the coaching equivalent of a teaching hospital. Over 6 calls together, I’ll “operate” on her thinking—in a public setting. And you are invited to watch.

Have you ever seen a photo of a nineteenth century operating theater, where a surgeon is operating on someone, surrounded by doctors who are learning in real time.

For years I have coached clients in public—on stage, on video, on my podcast.

I have never before coached someone in public, over a period of time. 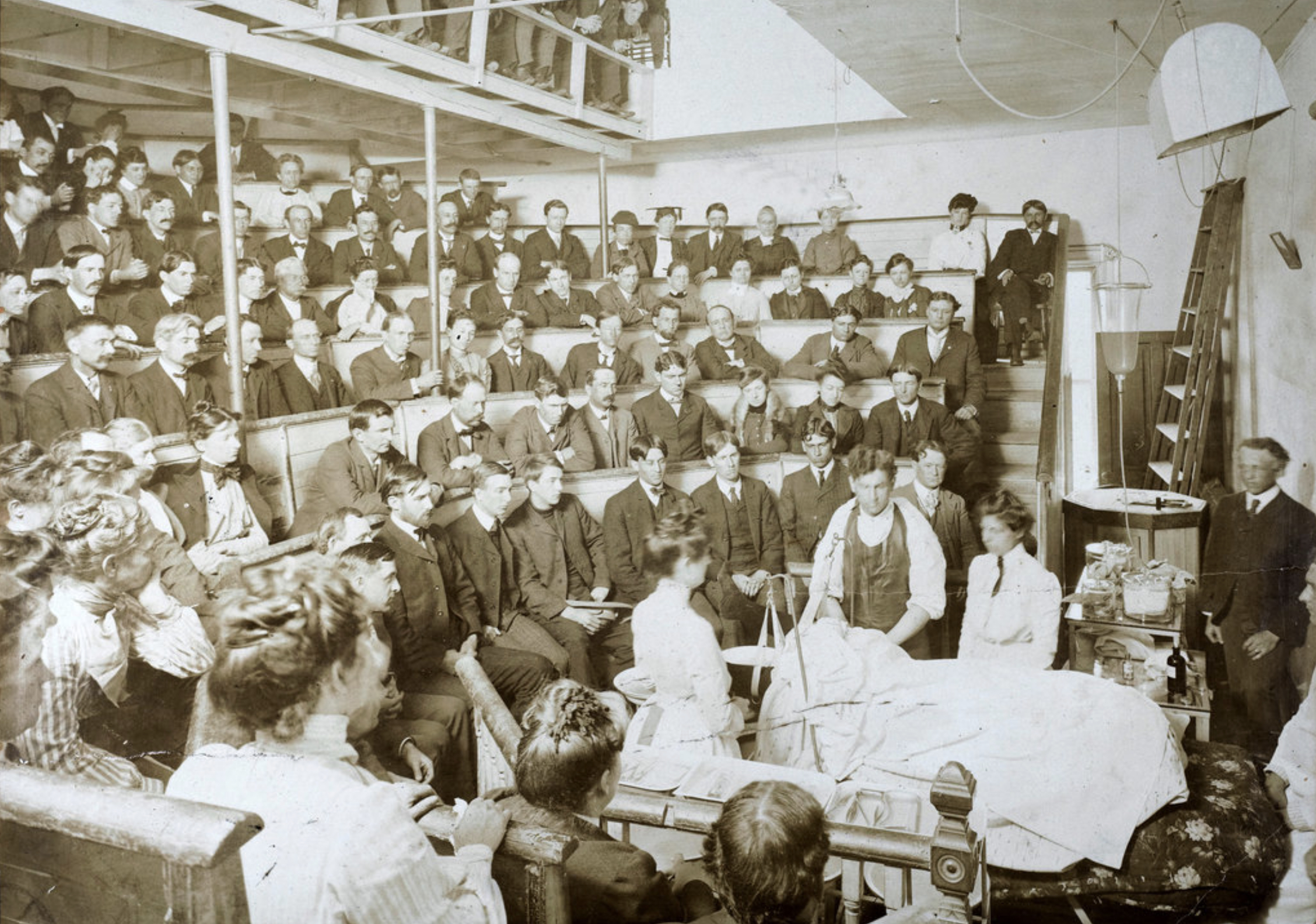 I’ll be coaching Charlie. I’ll also be teaching you how to coach top performers.

I’ll teach you the way that surgeons are trained. You’ll watch me coach a fascinating woman over 6 weeks.

You’ll model and practice the skills you’ve learned, between our sessions. This is not a ‘passive’ program. You will need to actively apply these skills with your own clients.

Finally you’ll teach these skills to a colleague because the very best way to learn something is to teach it.

You will get instant access to (6) 90-minute call recordings where you will observe me coaching a fascinating woman over 6 weeks.

You will hear me answer questions at the end of each call.

All calls are previously recorded and you can watch them at your own pace. 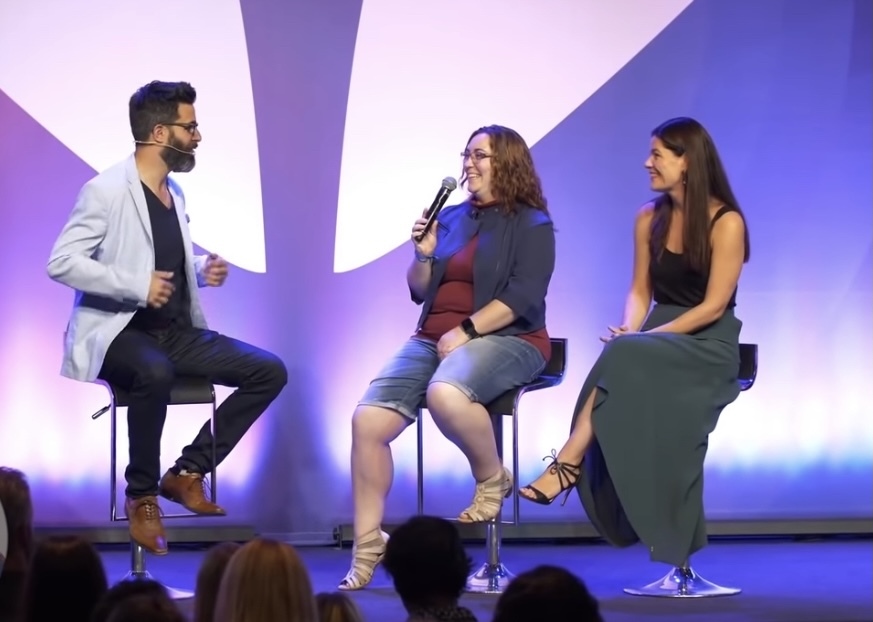 We perform better when someone has high expectations of us. It’s called the Pygmalion Effect and it’s a powerful secret weapon that we can use to nudge others towards success.

Reality is negotiable and life can be created. And the Pygmalion Effect is a psychological phenomenon where high expectations lead to improved performance.

The Pygmalion effect creates a literal change in the universe. There is nothing mystical about it’s effect.

Together we’re going to create it. 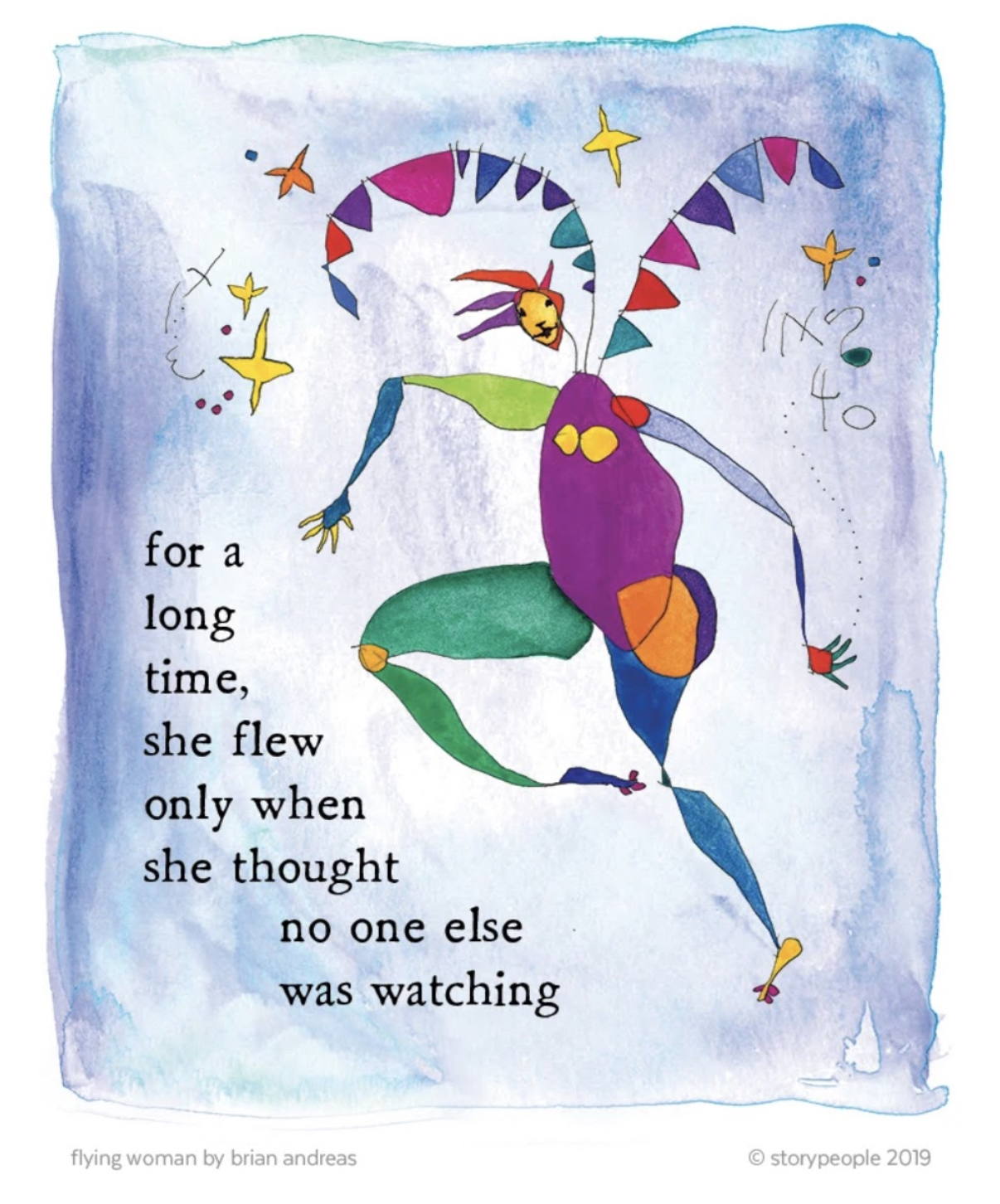 The Pygmalion effect acts like a prophecy because pre-existing beliefs lead to more effort being put in, both by the person with the expectations, and the person who is being expected from. The combination massively increases the probability that success will result.

Are the calls live?

No, you will receive instant access to (6) 90-minute calls.  You can listen to them at your own pace.

Is there a money-back guarantee?

We have a No Refund Policy for The Pygmalion Effect for a reason. We are more interested in commitment. “Hell Yes. Or Hell No”. If you’re in, you’re in. If not, please don’t sign up. It’s all perfect.

Who will Rich be coaching?

I’ll be coaching Charlie.  Charlie recently sent me an email, “I’m not a high achiever, Rich,” read the email. Most people are more willing to fight for their limitations than to go after what they really, really want. And I usually don’t engage. But this email was different.

“I’m a mum to a son with severe needs and I had to leave full time teaching, to be his carer. I still teach two days a week. And I have founded a charity called More Than a Face, to educate children and young people on facial disfigurement and visible difference, which my son has. I’m also a published author.”

She finished the email with the words, “I’m not the high performer you’d usually support but I’m a performer set on achieving high things so thank you for your help.”

After a healthy twin pregnancy, Charlie and her husband were shocked to be told that one of their boys had been born with half of his face undeveloped.

In seconds, the happy family future they had been planning disintegrated into turmoil and uncertainty. Charlie’s son, Harry was born with a rare craniofacial condition called Goldenhar syndrome which hadn’t been detected in utero. He had no eye, eye socket, ear, nostril and a short jaw on his left side. The family were told that Harry may have spinal problems and brain damage.

And with that Charlie’s world changed massively…

Three years later, Charlie became a single parent, teaching full time, while raising 3-year-old twins, one of whom only slept about four hours a night. She was exhausted—physically, mentally and emotionally.  In Charlie’s words, “I decided that the world, and my boys, would be better off without me. At that point, my mom literally dragged me to the doctors where I hung my head in shame and admitted I needed saving from myself. The antidepressants he prescribed saved my life.”

Charlie went on “a journey from a terrified and lost mother to a warrior mom, who would do anything for her children—and a proactive force in engaging other children with my son who looks different, but is so very much like them too.”  She wrote a bestselling book, she started blogging, she founded a charity, she appeared in local and national newspapers, as well as on the BBC, to share her story. In 2014, Harry received the Child of Courage award from his local paper. And Charlie received Carer of the Year, in 2019.

Charlie now uses the insights from her journey—as a professional speaker, a trainer and a coach, to help others. She supports individuals and teams to identify, challenge and break down any barriers they have created, in order to achieve the success and happiness they deserve in life.

And I believe in her.

And now I’m going to help her to really fly.

You can click here to read a recent article I wrote about Charlie. 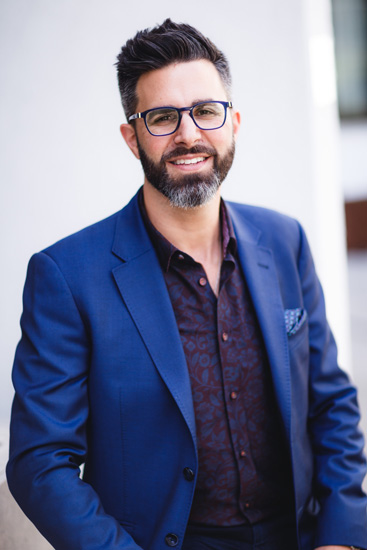 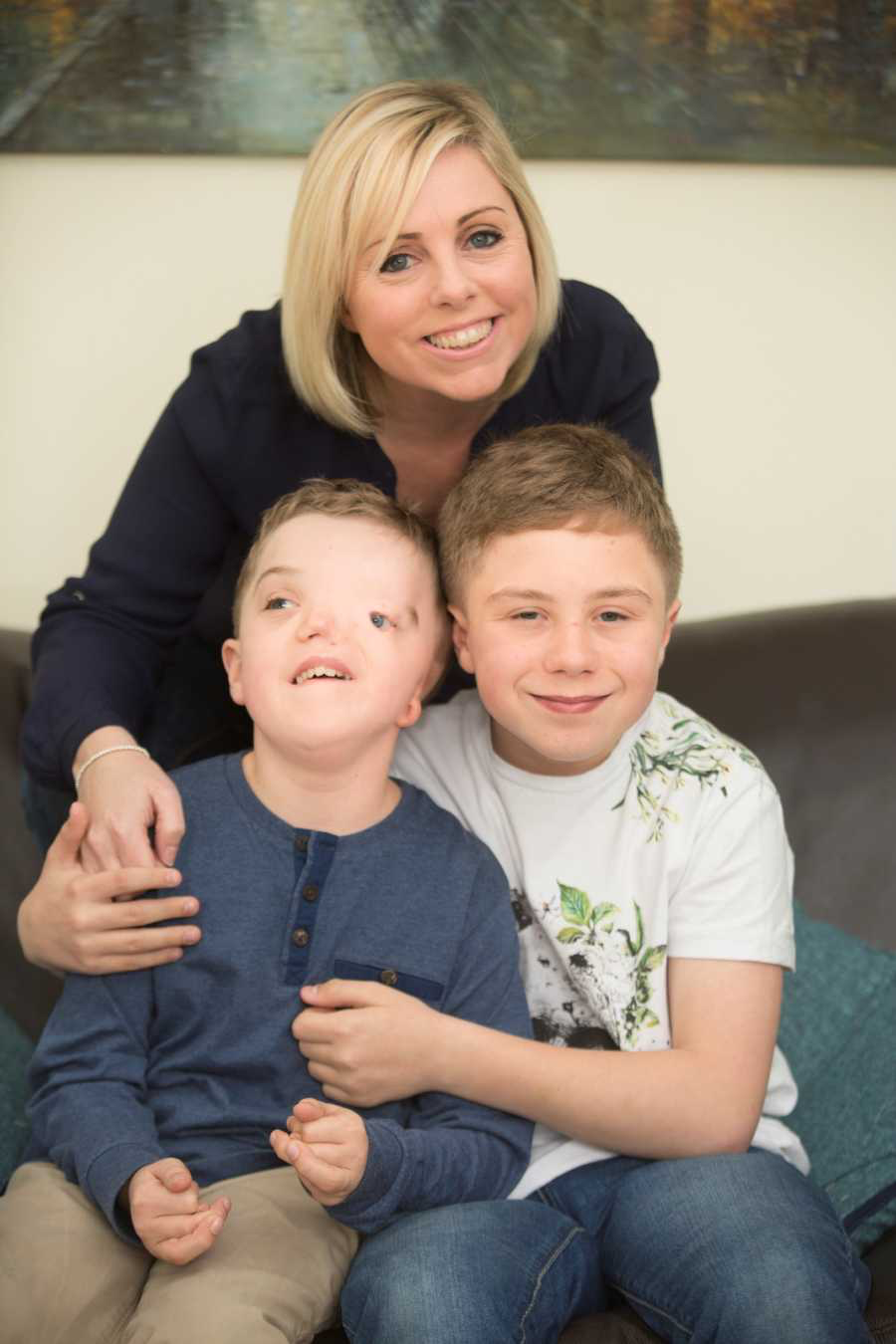 The Pygmalion Effect  plus
Master The Prosperous Coach

Get instant access to Pygmalion Effect + Master The Prosperous Coach:

Here’s what people are saying about the Pygmalion Effect… 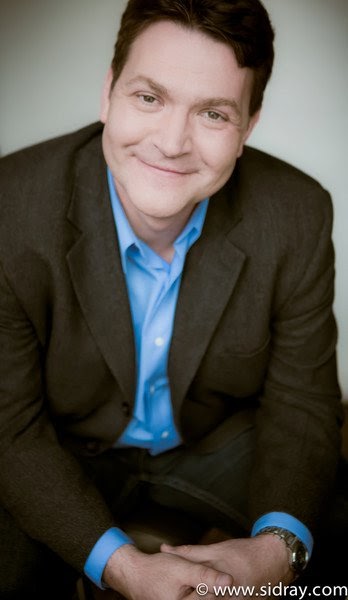 “Without fail, when I experience Rich coaching others, either individually or in a group, I walk away with tremendous insight that I can immediately apply to myself and or in my work with my clients. It’s beautiful to experience a master coach in real time.” 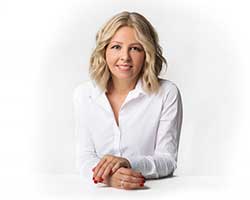 “Seeing Rich in action was a treat. A dream come true. Rich embodies service not selling. As a result of the Pygmalion Effect, Rich has helped me to connect to my purpose as a coach so that I serve my clients more deeply and they get better results.”

“As a direct result of experiencing Rich’s Pygmalion Effect, my coaching presence has shifted. I saw the power of working with a client who is showing up ready for transformation, and two weeks ago, gave myself permission to not work with a client who was not showing up for themselves in the session…they played full out in our next meeting.” 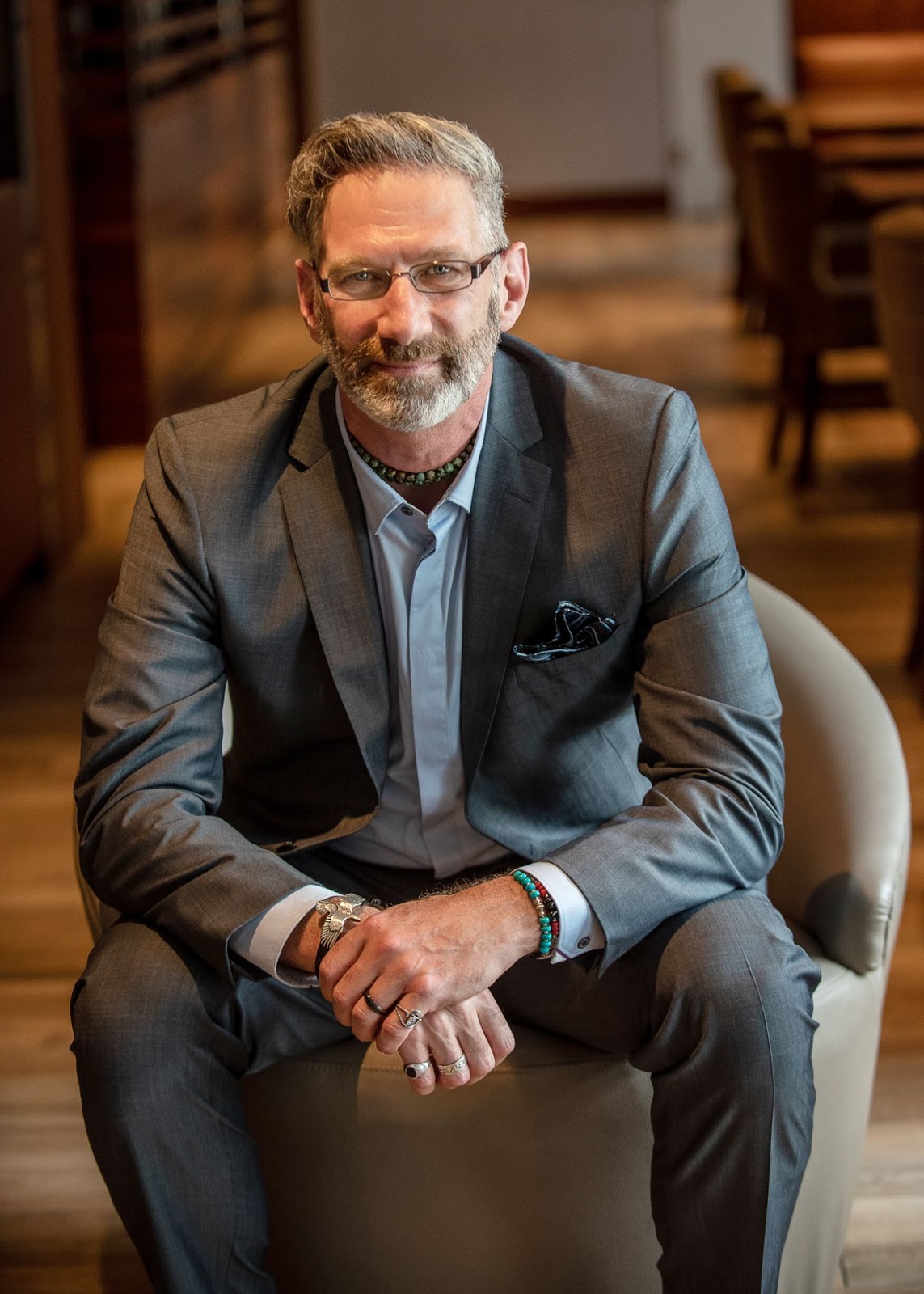 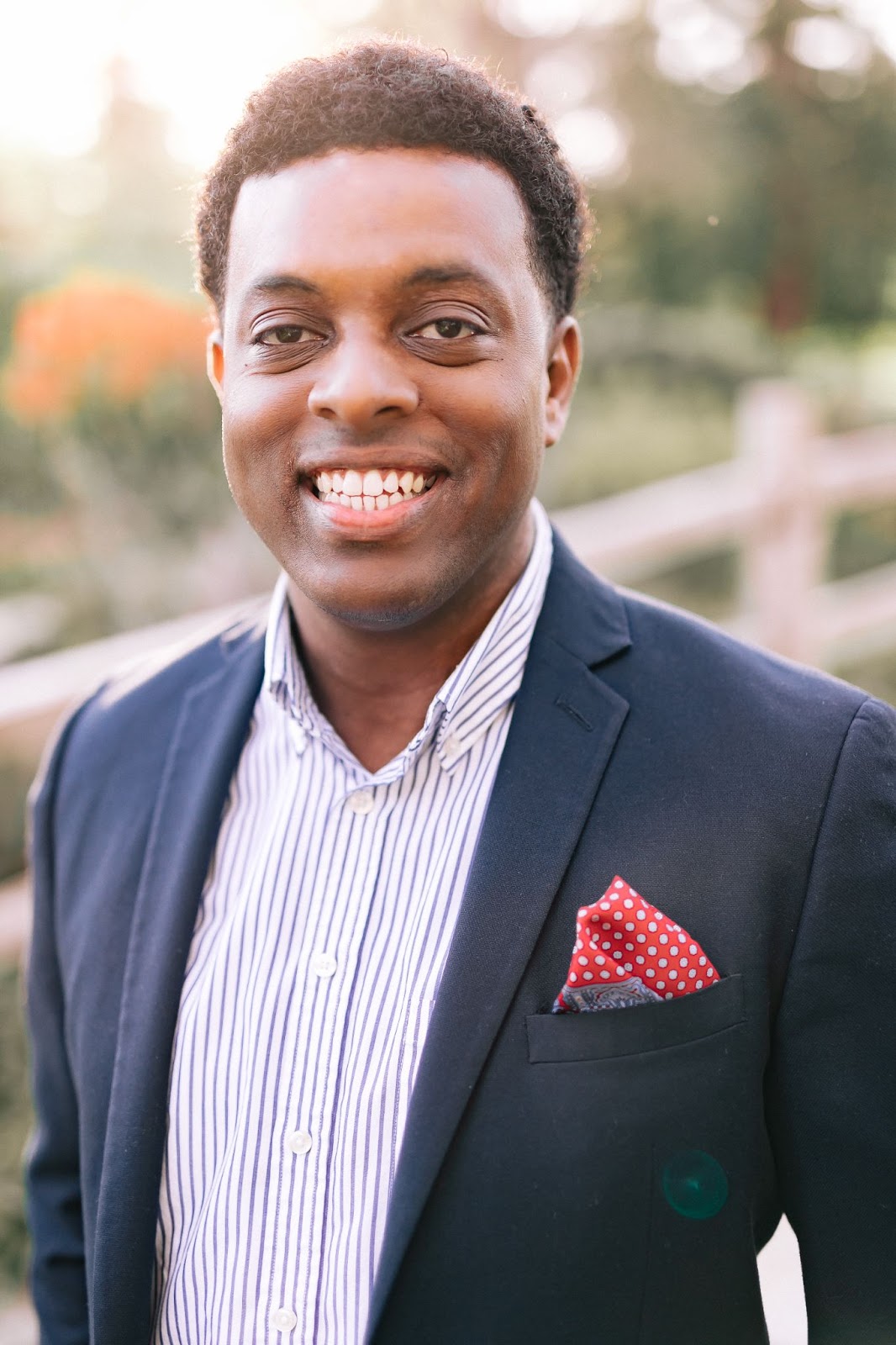 “Having seen Rich coach people in one-off conversations, it was even better joining him on a coaching journey with the same person over time. The opportunity to also engage with him in real time was invaluable.” 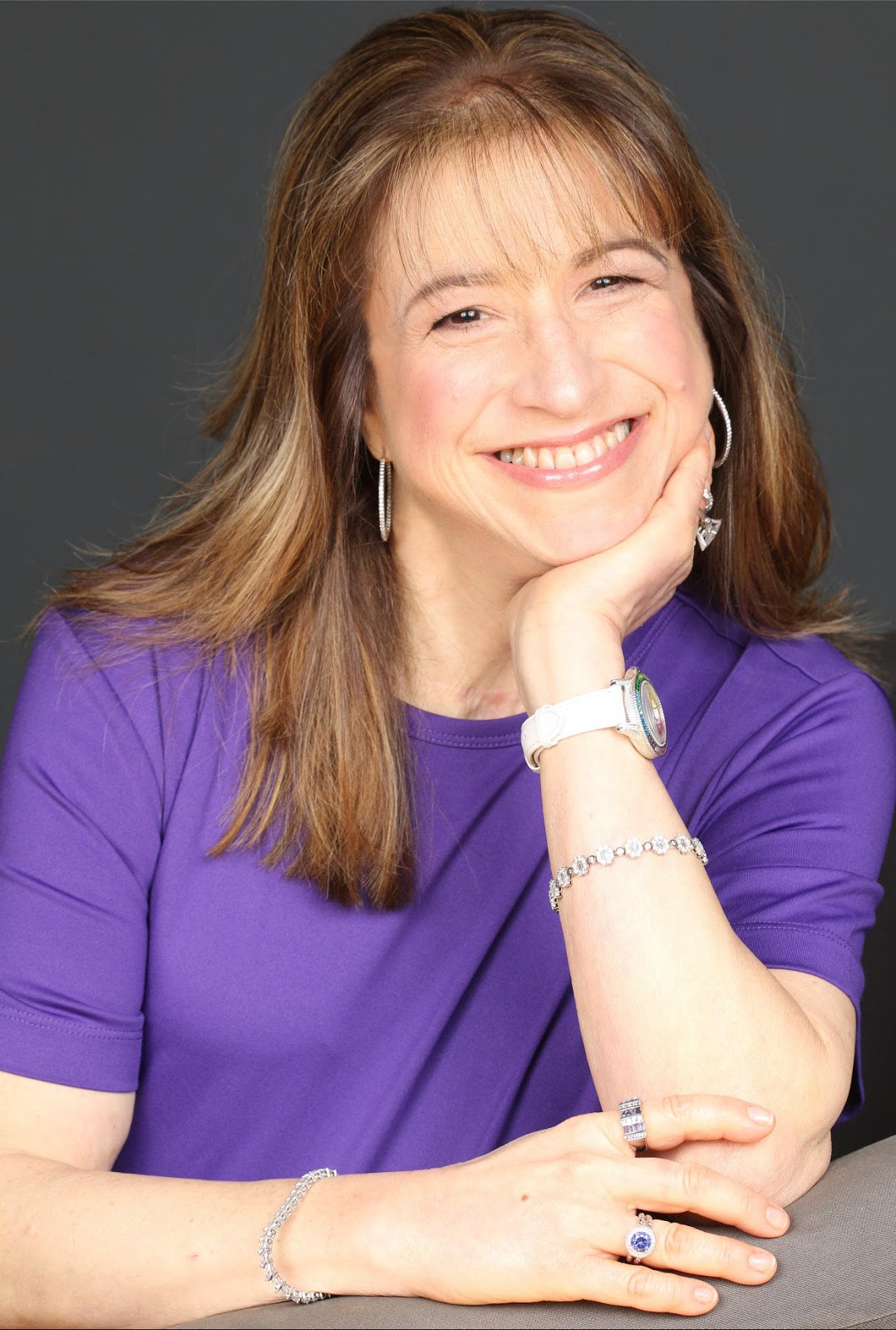 “Watching Rich coach over 6 weeks was amazing! He totally cured my fear of a group coaching program! Any experience with Rich is always fantastic!” 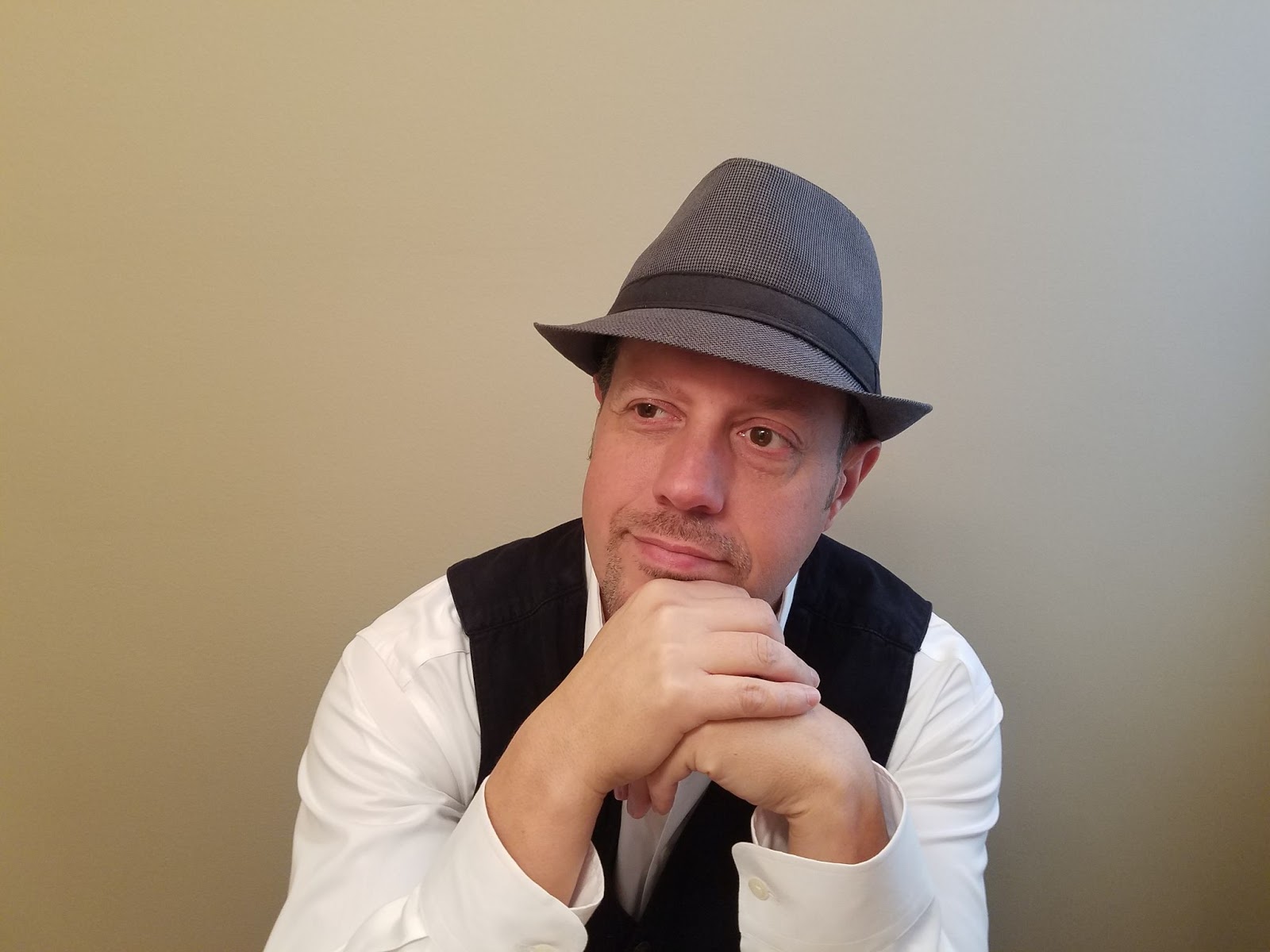 “I initially joined The Pygmalion Effect seeking to understand how my coaching insights stacked up to my peers. The journey was extraordinary where the most impactful insight was embracing my freedom to explore MSU (Make “Stuff” Up) coaching creativity to powerfully serve my clients.” 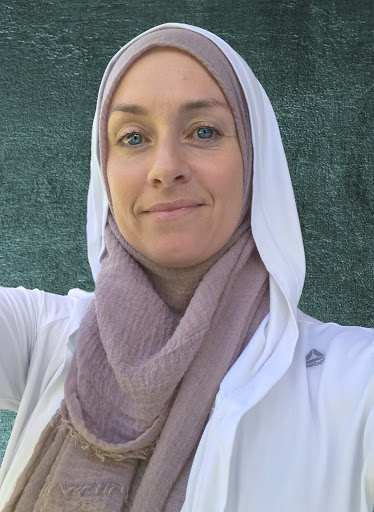 “What a powerful experience – Nothing compares to being present while others are coached in real time. I gained so much, personally and professionally from experiencing the Pygmalion Effect. I’m exceedingly grateful.” 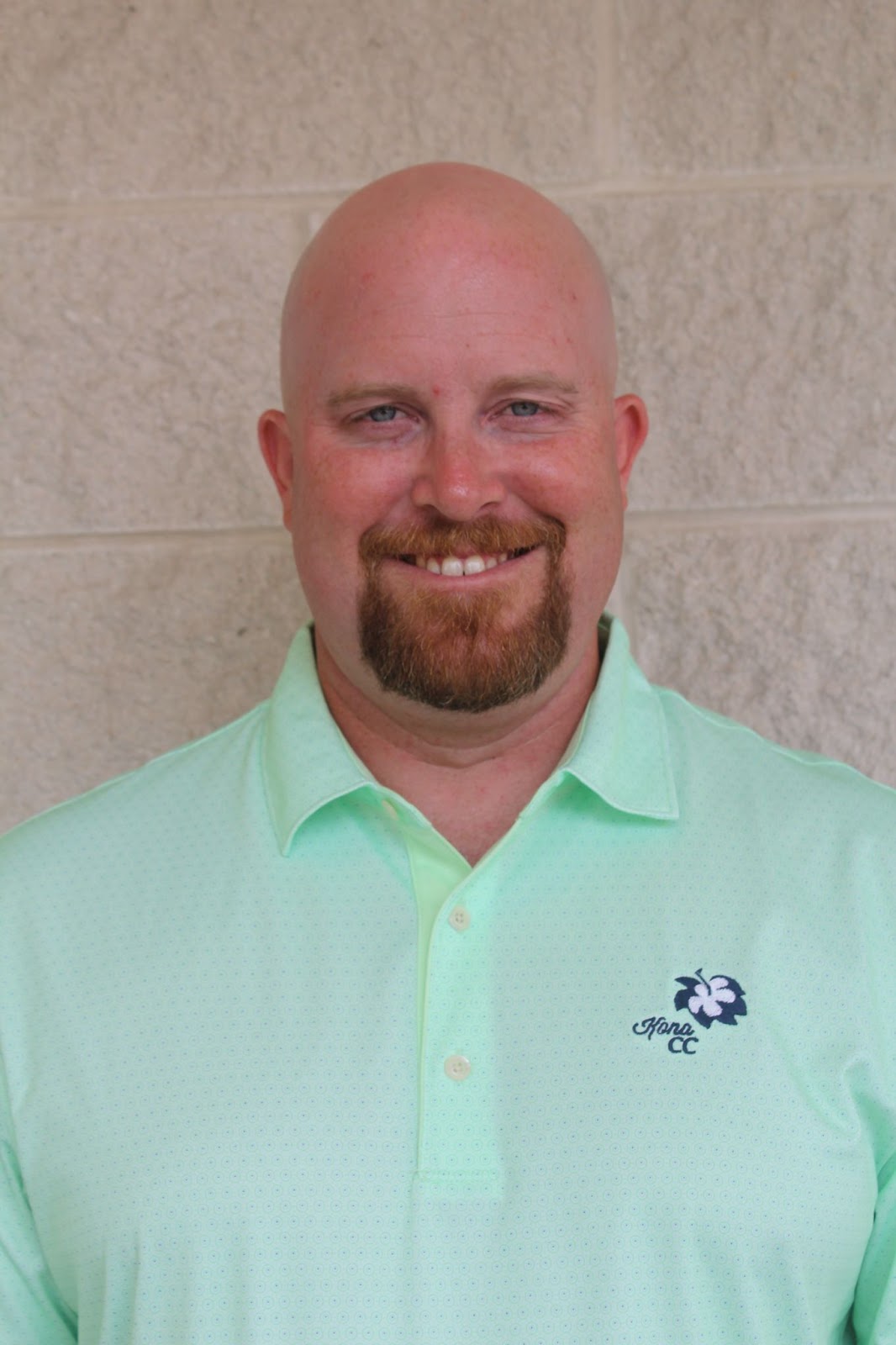 “If you’re even considering signing up for anything with Rich Litvin, do it now! He’s a master coach and is outstanding! Every call was packed with more info than I could take in! It was like drinking from a fire hydrant.” 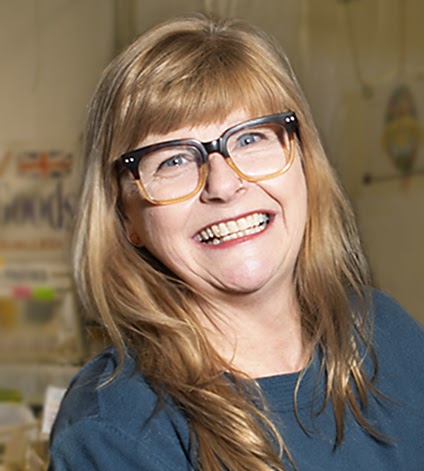 “I am so glad I signed up for the Pygmalion Effect Program. I had been frustrated with the constant stream of megaphone marketing strategies for coaches, none of which resonated with me. Experiencing Rich’s approach of ‘one powerful conversation at a time, and high touch, rather than high tech’, was a breakthrough for me. I left the course feeling refreshed, inspired, and more confident to follow my heart, not the mainstream. Thank you, Rich!” 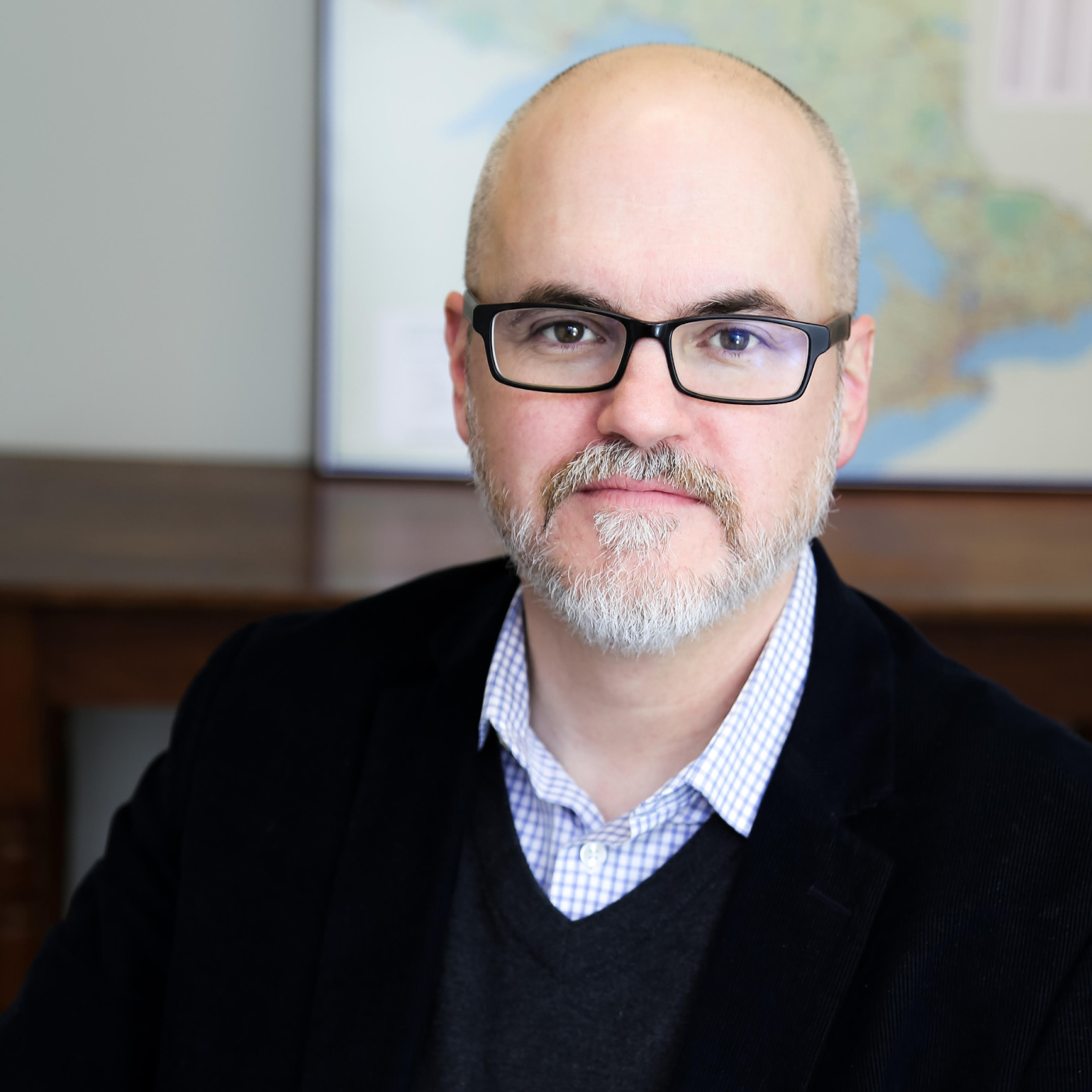 “The Pygmalion Effect exceeded all expectations. Rich took us for an intimate, behind-the-scenes look at not just how he builds his coaching impact episodically, by why he does the things he does. Fast paced and filled with practical tips, if you’re a coach wanting deeper exposure to Rich’s approach, the Pygmalion Effect won’t disappoint.” 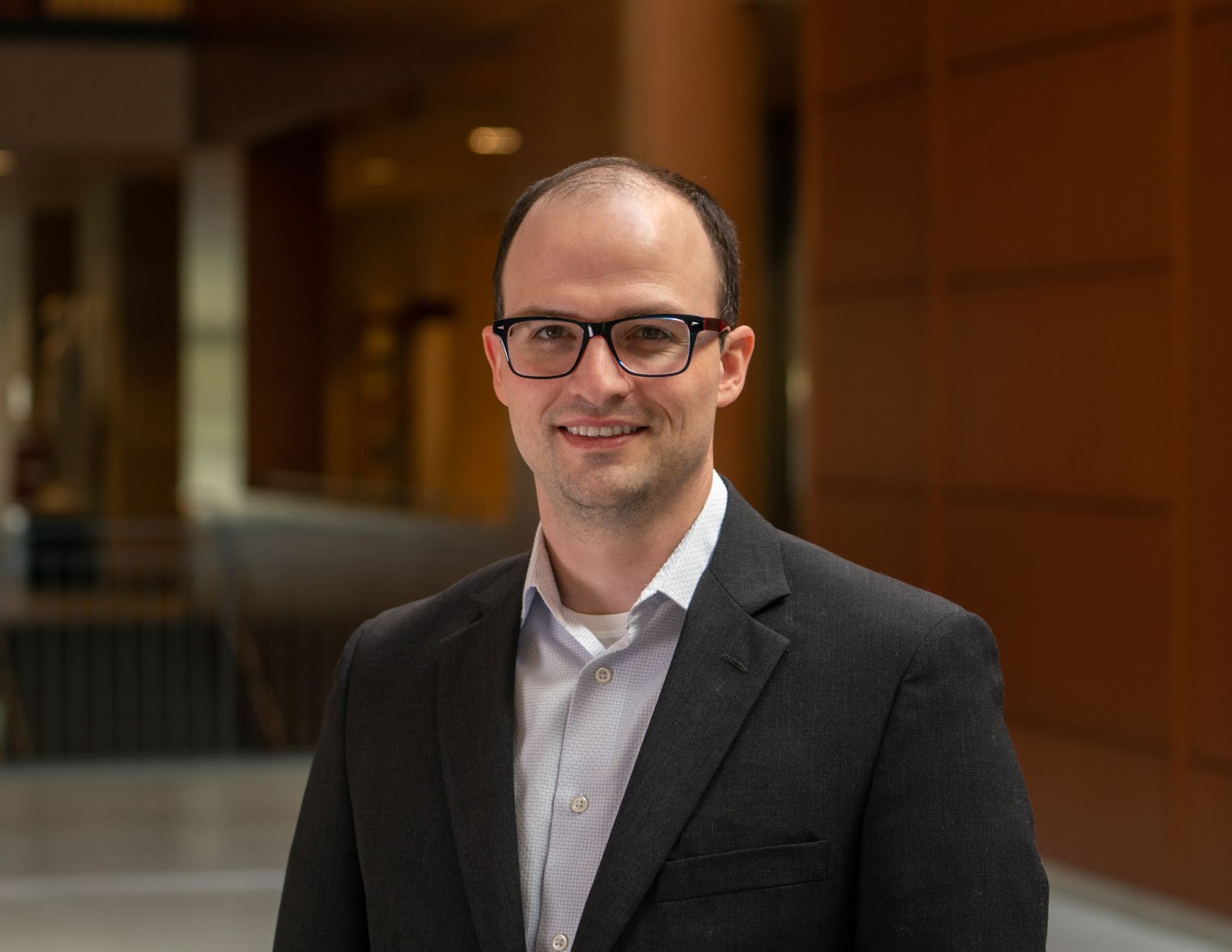 “Rich demonstrates the deep listening and bold questioning necessary to help high performers reach new heights. In the Pygmalion Effect, Rich helped me to break through several false narratives that I had!” 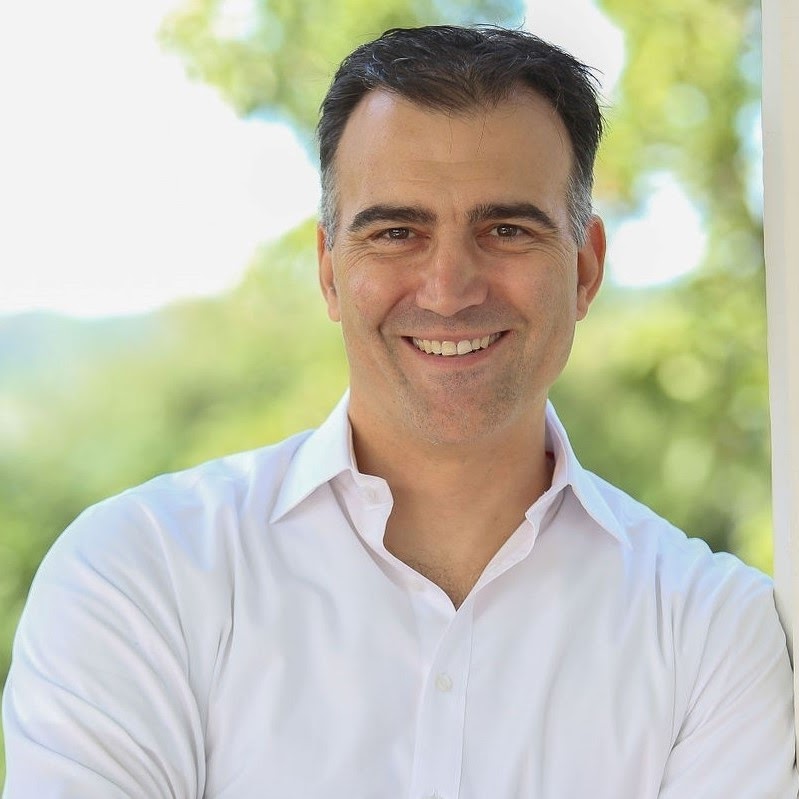 “It was incredibly powerful to witness Rich hold space for and draw out what was in his client’s soul. It was moving and powerful to watch his clients transform week after week in such a short period. He truly is a master at what he does. I feel blessed to have had the opportunity to observe his magic in this manner.” 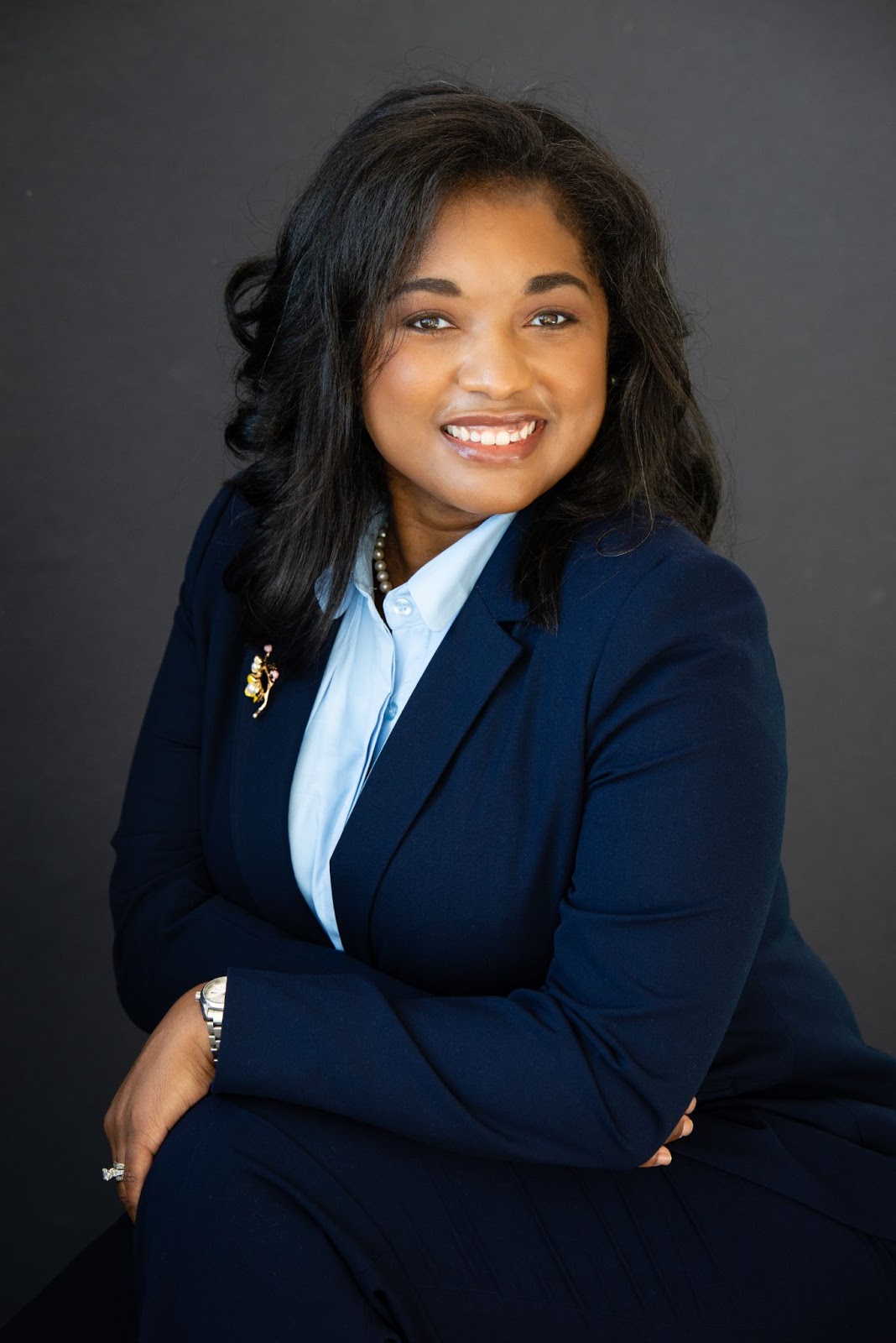 “Watching Rich in action was incredibly valuable. It was great to watch the transformation right before me. Rich would coach and then break-down the techniques he used. I look forward to continuing my journey in learning from Rich in other programs.” 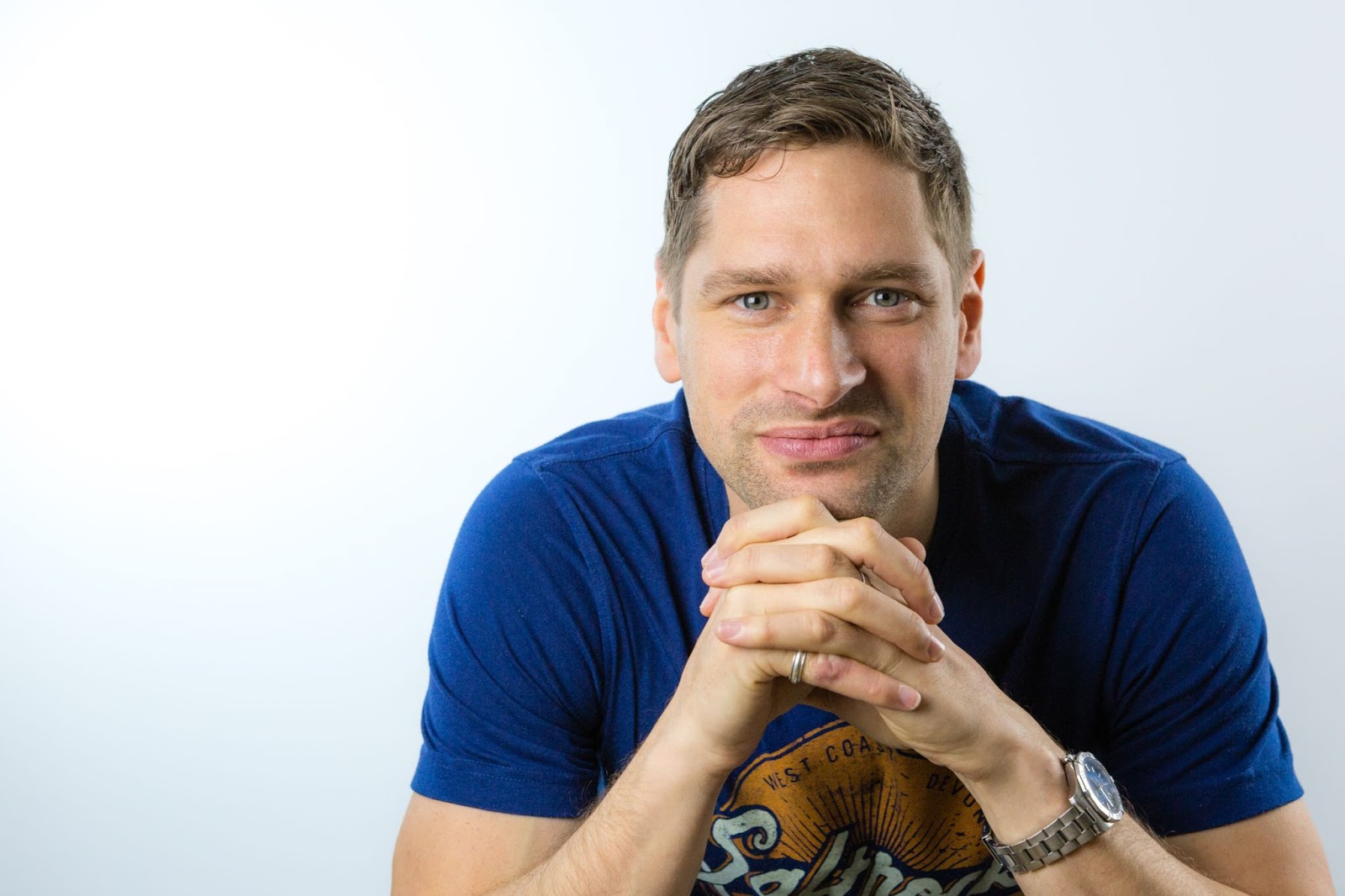 “Watching Rich coach live during the Pygmalion Effect made me realise I’d been playing far too safe and far too small when coaching clients, up to that point. I knew it would be transformative if I leaned in, listened and then implemented what Rich was coaching us all through. Within days of Pygmalion ending I received a glowing testimonial from a prospective client…so I think it worked! The 6 weeks were transformative.” 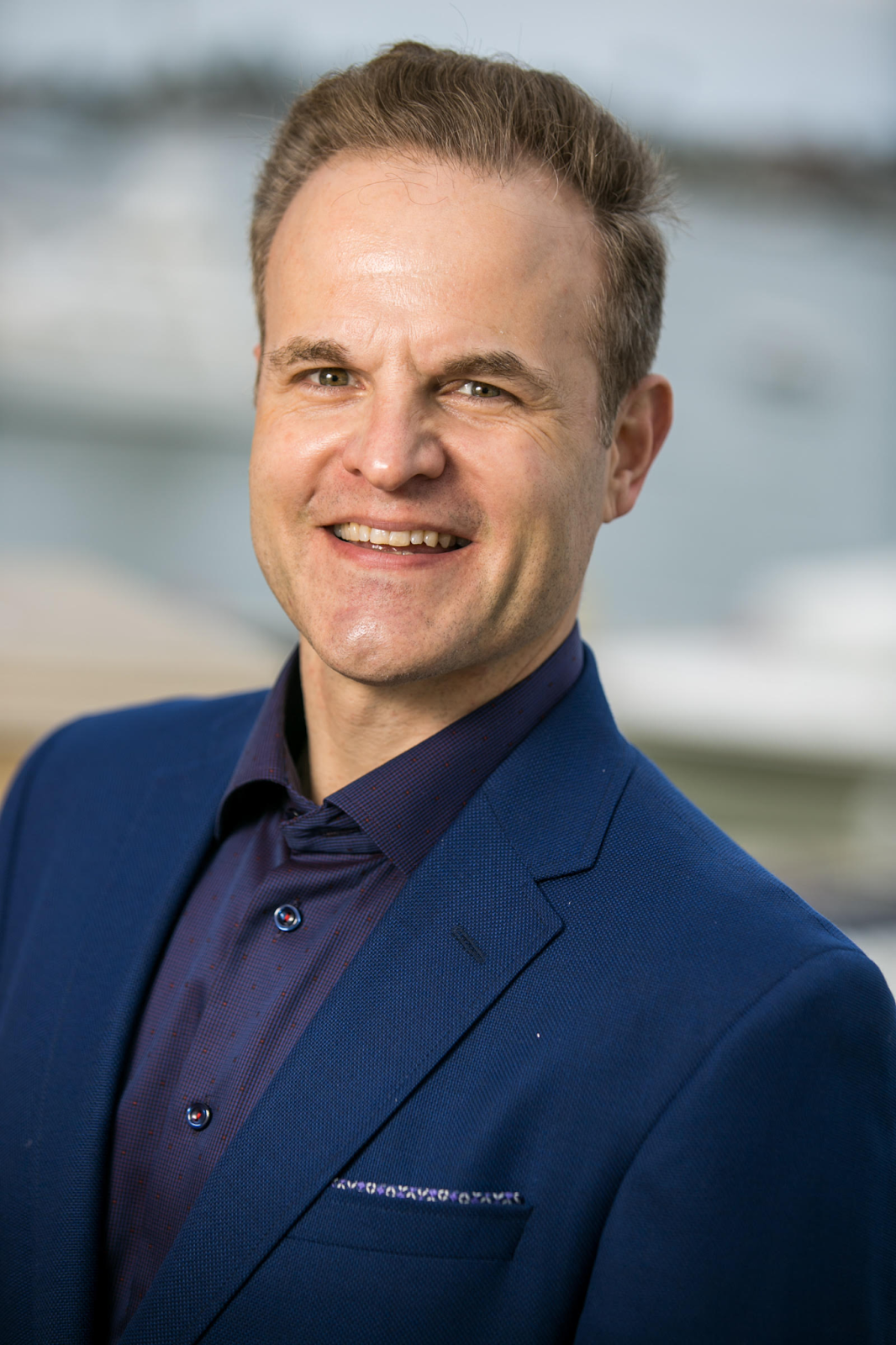 “Have you ever wanted to up your game so that you play at a higher level, one you may not have considered prior? Here’s your chance. Rich lights it up in the Pygmalion Effect and then turns on more heat. Even if you are not sitting in the hot seat, he’s got the light shining on you the whole way.” 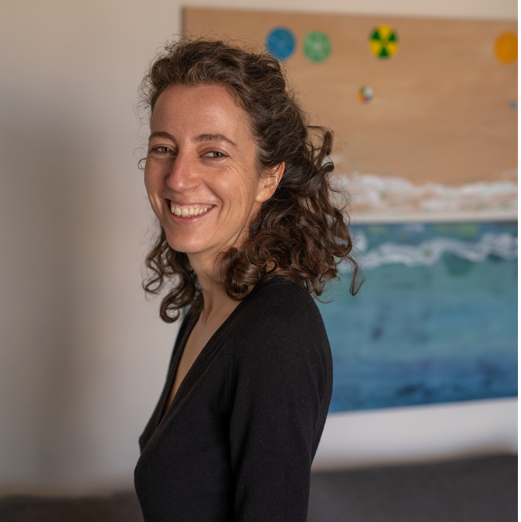 “The Pygmalion Effect is an exercise of generosity from moment 0. Rich offers us his techniques live while the people being coached opened their hearts and minds wide open in front of hundred strangers. An experience of awe and thankfulness.” 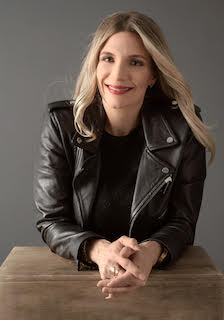 “What Rich created for us in Pygmalion Effect was a world-class experience. He could easily have charged $50k for it; it certainly exceeded that in value and insight. Where else do you have the world’s greatest coach giving coaches a front-row seat as he coaches his clients?”