Advice for leaders who want to be extraordinary coaches.

This is an FAQ for great leaders who want to be great coaches – with a handful of high-performing high-fee clients.

I am the co-author of The Prosperous Coach, a book that has struck a chord in the coaching world. It’s sold over 75,000 copies, it’s been in the top 20 books on coaching for almost 7 years and it still sells 1,000 copies a month. I’m the founder of Project Kairos, a program for coaches who are creating high-performing, high-fee clients. And I’m the founder of 4PC, a community of extraordinary leaders.

I’ve helped thousands of coaches launch their coaching business. And I’ve helped many of the most exclusive and successful coaches on the planet get to their next level. And all of the questions in this FAQ come from questions I’ve been asked.

The rules are: I’m going to give no explanations. Just listen to me. 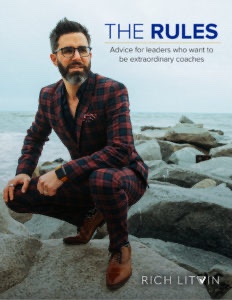 Rich has transformed the lives and businesses of top performers around the world, see some more testimonials

“What I appreciate most are Rich’s community of high performing, diverse leaders. Also, high flame coaching that reminded me to trust myself and my ability to make this career change happen.Deciding to invest in myself to create a real, living, breathing, coaching business was a turning point for me. Deciding that I actually belonged in this cohort of brilliant people. Deciding to inhabit a bigger space, to get uncomfortable and to evolve. Action creates clarity – taking one, small yet significant step opens up realms of possibilities.”

“When I signed up to work with Rich I was sure I wanted to push myself out of my comfort zone. I am delighted to say being in a room with Rich and like minded souls was a truly wonderful experience. Rich has a gift of putting everyone at ease, and giving you the permission to be yourself. No gimmicks, no tricks, no bs, just ‘come as you are.’ This was truly one of the best HELL YES decisions I’ve ever made, and one I would highly recommend to anyone who is ready to take their business and life to a new level.”

“Learning from Rich is the #1 factor that has contributed to my success as a coach. I’ve been his client, a member of 4PC – and I’m now on the Faulty of 4PC and the Transition Excellence Ambassador.
One question Rich asked me totally shifted my thoughts about transitioning from my corporate role into full time coaching. I am only half way into this year and have already made over $300K and that is spectacular!
However, I am most grateful for the expanded leader I have become working with Rich.”

“Rich is the embodiment of what it means to lead from a place of service. He serves people so powerfully and deeply that the impact of his transformation will leave an imprint on how you show up in your life.
He sees you more fully than you see yourself. He sees your potential, he senses what needs to be unearthed, and the gifts that you have to offer.
What makes Rich truly extraordinary is his ability to continue to create new ways to amaze, inspire, and reveal new insights as you journey along with him. Rich is a champion of leaders and a creator of magic!”

“
Vishen LakhianiFounder of Mindvalley, NYTimes Bestselling Author of The Code of the Extraordinary Mind

“Rich Litvin coaches the world’s highest performing individuals. He has figured out how – even if you’re all the way at the top – he can get you to go higher.”

“Rich Litvin is a world class coach but that doesn’t capture who he is and what he creates.
When I first saw Rich coach, I knew that I had come across a very unique person, coach and leader. Rich works with high performers, with passionate and highly successful people who make a difference in the world, and he helps them to both bring more of themselves, and become more themselves. Now that creates impact!
Working with Rich, I have appreciated his depth, his immense perceptiveness, and simply: his humanity. And also the fact that he helps me hold the bigger agenda of my leadership persistently and fiercely, and to go beyond what I first imagine – always. When working with Rich, expect to discover that what you came for is not what you are here for, and that you can go much further than your initial goals.”

Rich Litvin runs a leadership consultancy for world leaders, based in Los Angeles and London.

Ultra-successful people – who you would assume don’t need a coach – are the ones who call Rich. His clients have included Olympic athletes, Presidential candidates, Hollywood film directors, Special Forces operatives, serial entrepreneurs, PhDs and Harvard Business School alumni. Rich is the founder of 4PC – a community of the top 4% of coaches and leaders.

A thought leader in the coaching world, Rich is co-author of the highly-acclaimed book The Prosperous Coach. It has sold over 70,000 copies and been in the top 20 books on Coaching on Amazon for 7 years. He leads a community of almost 20,000 coaches and consultants. And he has helped train some of the most exclusive coaches on the planet. A scientist by training, Rich has a background in Behavioral Physiology and Psychology. He trained to teach at the University of Oxford and he has a master’s degree in Educational Effectiveness & Improvement.

Rich’s big picture is to mobilise $100 Million to educate a million children. His company has helped to build 5 schools in Africa.

He has lived and worked in eight countries and on four continents. Born in England, he still has an adorable British accent and spends his time between LA and London. 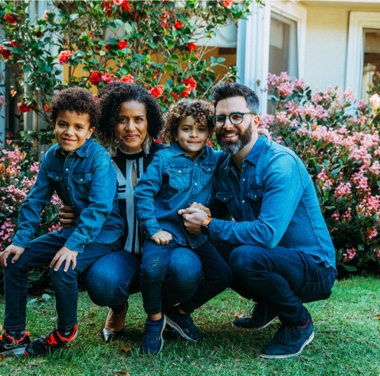 I’ve also coached clients who’ve lost children, had life threatening illnesses, had miscarriages, been abused, been assaulted and been through bankruptcy.

But I have also been a leader, a coach and an advisor to high level leaders for almost 30 years. I’ve faced many challenges (in life and business) and I’ve coached many people through life-changing experiences. And I’ve been privy to the secret challenges of elite clients, from Navy Seals to multi-millionaires. (Hint: they have the same challenges as the rest of us!)

Oh, and I’m an introvert at heart who is secretly relieved when plans for a night out are cancelled!