I have written every day for the past 10 years. If you like to read, I've got your back - and I promise to challenge your thinking
Back to articles
July 17, 2020 • Uncategorized 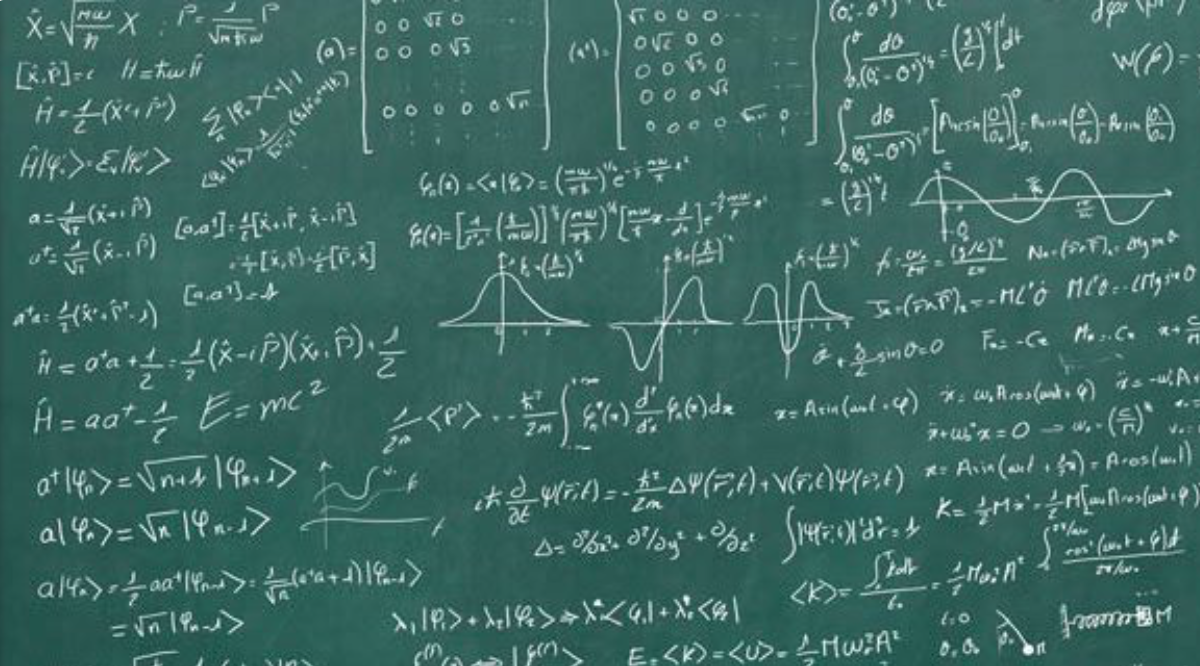 George was running late for his graduate-level statistics class. When he arrived at the class, everyone had left. But there were two statistical problems written on the chalkboard.

He assumed they were part of a homework assignment, jotted them down, and solved them.

A few days later he handed in his assignment. He apologized to his professor for taking so long to do the homework, as the problems seemed to be a little harder than usual.

About six weeks later, George was woken up on a Sunday morning by someone banging on his front door. It was the professor. He rushed in with papers in hand, extremely excited.

The problems on the chalkboard that he’d solved for his homework were actually two famous unsolved problems in statistics! 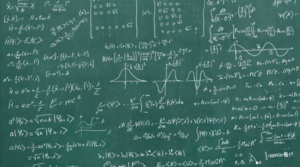 Nobody wants problems. But within every problem is the seed of it’s solution

Around 2,400 years ago, the ancient Greek philosopher, Plato, authored The Republic. It has proven to be one of the world’s most influential works of philosophy and political theory. Plato wrote: A problem encourages the creative efforts to solve that problem.

600 years later, the Roman emperor Marcus Aurelius noted: The impediment to action advances action. What stands in the way becomes the way.

When the Nazis began their conquest of Europe in 1939, soldiers were still riding into battle on horseback, biplanes were still in use, and the French hoped that static trench lines would prevent the Germans from invading, as they had in World War I. (In fact, the Germans just marched far enough North that they could go around them).

By the end of the devastation of World War II, incredible innovations had been created. They included the widespread use of penicillin to prevent infection, submarines, synthetic oil and rubber, amphibious vehicles, tanks, nuclear energy, digital computers, rockets and radar. Also the pressurized cabins in aircraft and jet engines that, after the war, made commercial flights possible. Even M&M’s were created exclusively for the military as an easy way to provide the troops with chocolate on the battlefield, without it melting so easily.

Steve Blank is a Silicon Valley entrepreneur and a professor of entrepreneurship, at Stanford University. His customer development methodology is a cornerstone of the lean startup movement. His Lean LaunchPad changed the way entrepreneurship is taught. Instead of relying on the traditional business school method of teaching students how to write a corporate business plan or build a product, his students get hands-on experience in what it takes to start a company.

When the pandemic struck, Steve created Hacking 4 Recovery – a series of online classes at Stanford where teams learn how to develop new business models for a recovering economy.

The first 20 teams through the program have just shared their new business concepts. They include a telemedicine service bringing healthcare to middle income people in Peru. Remote onboarding services to help organizations establish a sense of belonging for new staff. A mobile app for testing COVID-19. And a company that helps people grieve for lost loved ones.

In normal times, a friend of mine travels across the country on a weekly basis. During the pandemic, of course, he doesn’t want to spend much time on commercial flights. So he’s investing in a small private jet. But he’s not buying a single plane. He’s gathered a small group of friends to invest in purchasing several. That way, not only will they always have a plane available when needed, they can also rent them out, and create a business that also helps other travelers.

A great way to create a business is to solve a problem that you are facing. (By the way, this jet has an incredible feature. If your pilot is incapacitated, you simply press a button and an AI system lands the plane in an emergency. It automatically figures out the best airport and runway, plots a flight path, communicates with air traffic control and other planes. And it navigates and lands the plane.) 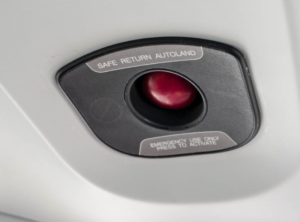 In Ireland, the budget supermarket Lidl has created an app to help its customers find a quieter time to shop. Customers simply send a message to Lidl through WhatsApp and a chatbot recommends the best time to visit.

The company Selecta has created a COVID-19 innovation called ‘Safety Stations’. They are vending machines that supply PPE essentials such as face masks and hand sanitizer. They have just launched in Zurich Airport and Brussels train station.

Numerous companies are developing risk-mitigating technologies. In China, robots have been designed to deliver medicines, meals, and to collect bed sheets and trash in hospitals. And the e-commerce giant JD (a Chinese competitor to Amazon) has developed a drone program to drop parcels and to spray disinfectant. It is even testing robotic delivery services and building drone delivery airports.

That’s my old high school motto, in Latin. It means: Find a way or make a way.

The phrase has been attributed to Hannibal. He is widely considered one of the greatest military commanders in world history. When his generals told him it was impossible to cross the Alps by elephant, this was his response.

He went on to pull off one of the most astonishing military feats ever, by waging war on the Romans after crossing the treacherous Alps. He crossed the highest and most extensive mountain range in Europe with 30,000 troops, 9,000 horsemen, and 37 African war elephants, in just 16 days. 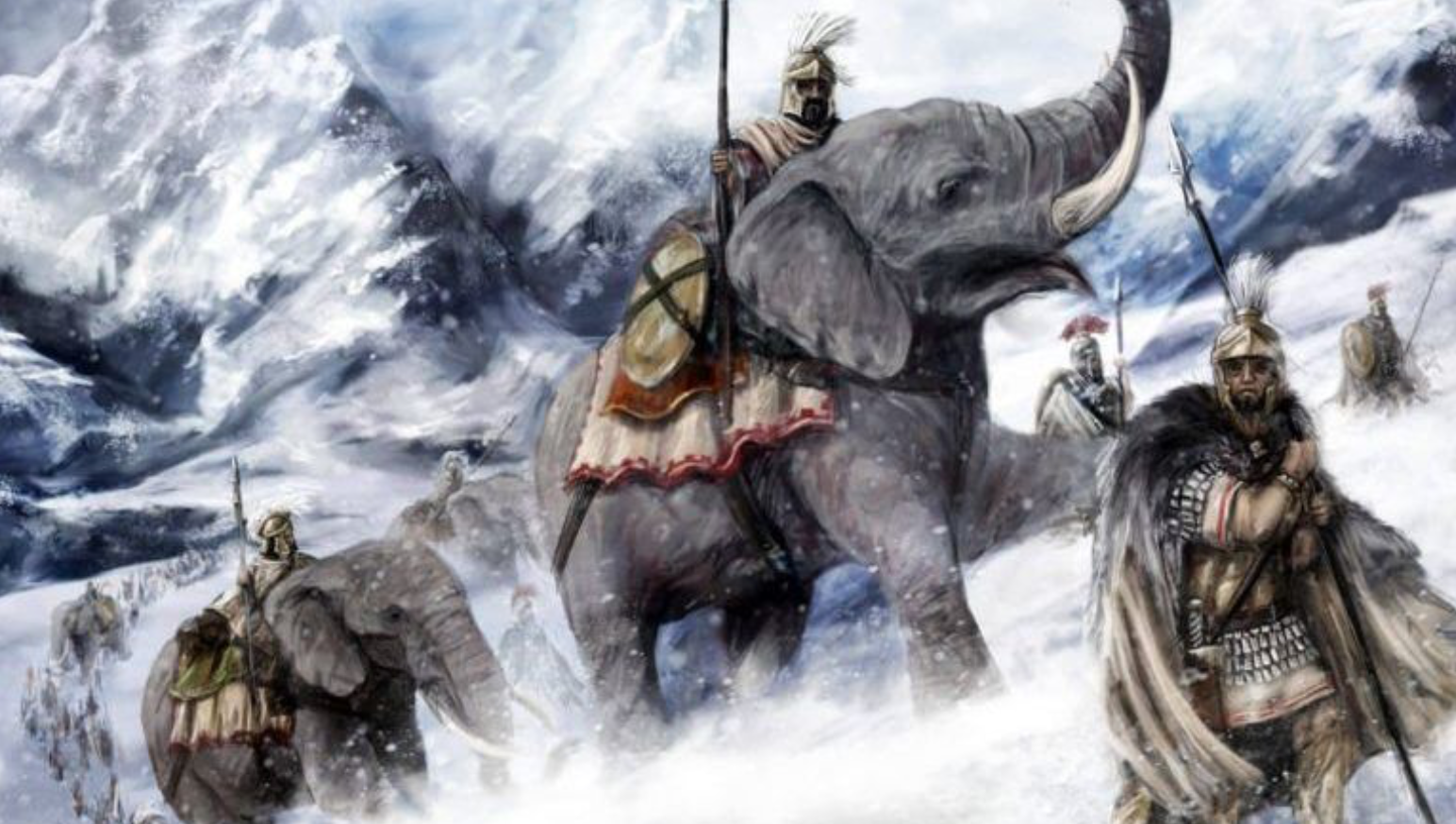 At the start of this article, I shared the story of how George accidentally solved two famous unsolved problems in statistics. Later in life, George Bernard Dantzig became known for his development of an algorithm for solving linear programming problems. He was eventually Professor of Operations Research and of Computer Science at Stanford University.

Whatever problem you are facing right now has the seeds of it’s solution within it.

To be a great coach do not try to solve your clients’ problems. Instead help them to live into bigger challenges.

Tell me – what’s your biggest challenge? And what’s the tiniest seed of a solution that you see?

PS. When I first started coaching and my bank account went up, I felt great. But when my bank account went down, I felt terrible. Talking of the seeds of a solution being in the problem, I made up a new belief for myself, 13 years ago. And it changed everything. I began to say to myself: Money is the most perfect expression of my creativity…

I turned my bank account into a barometer for my creativity – not my emotions.

Join me for a two hour training, where I’ll teach you everything I know about being more creative than you’ve ever been. If you want to create anything from a high-end coaching program, to a group coaching experience, to a mastermind, to a thriving Facebook group for potential clients. I’ll teach you how to be more creative than ever, in a program I call – rather creatively – Create! (Oh and the price goes up by $205 next week…)

PLUS… Whenever you’re ready… here are 4 ways we can help you increase your income, your impact – and your inner peace: