I have written every day for the past 10 years. If you like to read, I've got your back - and I promise to challenge your thinking
Back to articles
April 19, 2022 • Rich Litvin 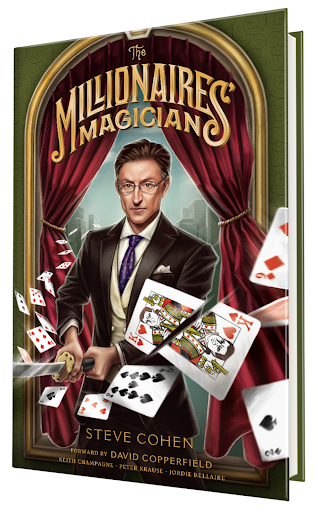 In a business world that’s constantly focused on bigger, faster and scaling up, I’ve long been fascinated on how to move in the opposite direction…

So I was thrilled to be able to see Steve Cohen perform his incredible magic show at the Lotte New York Palace hotel, last month.

You see, Steve is known as “The Millionaires’ Magician.”

For over 20 years, in almost 6,000 performances, he has created magic in an ultra-luxurious hotel suite in Manhattan. Formerly the Waldorf Astoria, now the Palace hotel.

The show is consistently reviewed as one of New York’s best kept secrets and must-see theatrical events. And you are required to dress in cocktail attire to attend.

Steve has performed around the world for celebrities and influential people, including Warren Buffet, Guillermo del Toro, Stephen Sondheim, the Queen of Morocco and some of the planet’s most notable royals.

I paid for a VIP ticket, which enabled me and two friends to stay after the show for a private conversation and performance by Steve.

I was excited because I love magic and I seek out performances wherever I travel. I even once took a magic training course at The Magic Castle in Los Angeles. It’s an exclusive private-members club for the world’s top magicians.

First of all, the performance was incredible. Steve’s tricks were astonishing – and I’ve seen a lot of magic!

I’m not spoiling anything to share with you his signature trick, as Steve has written about it many times.

In Think-A-Drink, he instructed all 20 of us in the audience to think of our favorite drink. Any beverage at all.

We each wrote them on a piece of card and swapped them with one another.

Without ever looking at these cards – they remained in our hands the whole time – Steve then proceeded to pour drinks from his “magic kettle.”

He knew that someone’s favorite drink was Pappy Van Winkle, one of the world’s most expensive whiskeys. And he proceeded to pour them a glass from his kettle!

Someone’s favorite drink was ruby red grapefruit juice. Steve poured them a glass from the same kettle. He then poured my friend a glass of the Italian liqueur, Campari. And when someone shared that their favorite drink was Gatorade, Steve asked them, “What color?” When they said it was blue, he used the kettle to pour them a glass of blue Gatorade!

It was simply astounding to witness. 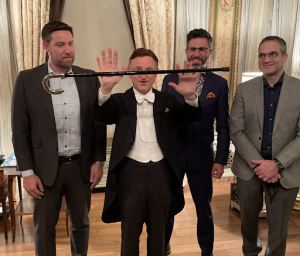 After the show, during our private conversation, I asked Steve what drew him to something as intimate as parlor magic for no more than 40 people at a time, rather than big stage performances for hundreds or even thousands of people.

He explained that twenty years ago he was chatting to a friend and wondering how to stand out but remain authentic at the same time.

But Steve wasn’t like these guys. He’s quiet and polite.

So they built a show around Steve’s persona. Intimate magic in high-class establishments. Magic for ladies and gentlemen.

At the first suggestion of being called The Millionaire Magician, Steve was mortified. That’s not me. How could I call myself that? What will people think?

His friend was speaking to a CEO the next day about a conference his company was hosting about innovation. He said to the executive, “I think you should hire a magician I know called Steve Cohen. He’s the Millionaire’s Magician.”

The CEO replied, “You know what’s funny, I was speaking to Steve Cohen’s PR person yesterday. He suggested I hire him to present about innovation and I asked him why on earth I would want a magician for my audience. But I didn’t know he was the Millionaire’s Magician. Can you help me hire him?”

When Steve heard that story, he told his PR person to only ever refer to him as the Millionaire’s Magician, from that moment on!

He built a show around parlor magic. One that was deliberately not designed to scale.

Of course, over twenty years later they’ve proven the truth of a statement by the billionaire entrepreneur, Reid Hoffman, “If you want to do things that scale, start by doing things that don’t scale…”

Here are 5 lessons for coaches from the Millionaire Magician…

1. Don’t be better, be different

One of my buddies is an engineer who, in his spare time, takes high-end cars apart and builds replica luxury watches by hand. He’s a consultant to CTOs and leaders in the tech world, so he’s taking his top clients to a Porsche racetrack, for a one-of-a-kind leadership training.

I’m an avid reader, who learns best by teaching others. I enjoy simplifying complex ideas. I love curating communities of fascinating people. And I’ve found a way to get paid to do all of these.

One of my mentors raised the price for his high-end program and several people signed up immediately. When he asked why such premium prices made them join, they said, “We knew who would not be in the room…”

It’s $185,000 to work with me in a Concierge Trusted Advisor role. There’s only a single spot available and it’s wait-listed until 2023.

4PC is an invite only community of no more than 30 leaders and coaches. There’s a $25K a year membership fee and you make a personal commitment to be in for at least three years.

3. Don’t be premium, be preeminent.

When you become preeminent in your field, you are not just known and talked about by your clients. You are sought out as an expert outside of your field and by people or businesses more well known than you. You become highly influential across many fields. And you’re timelessly relevant.

When I first asked one of my mentors, Alan Weiss, about how I could become more well-known, he replied, “You’ve heard of me, Rich but I’ve never heard of you. That’s thought Leadership!” I laughed. It was funny because it was true. And I made a decision in that moment to build the #1 brand in the world of coaching – because I want people to come to me….

All people ever buy are stories.

So your job is to tell stories that make you unique.

They can be about you, or even better, about your clients. I call this Superhero Marketing.

Build a community of fascinating people. And tell everyone about it.

When the comedian Steve Martin was asked how to become a famous comedian, he replied, “Be so good they can’t ignore you.”

I’m better at writing than I was ten years ago because I have written every day for the past ten years.

I used to be terrified to be on camera but now I run events on Zoom for thousands of people and I have presented to live audiences of thousands, too.

My first client paid me $10/month but I’ve been coaching my butt off for 20 years. I’ve now coached some of the most successful people on the planet – from founders of multi-million dollar companies, to former Navy Seals, to directors and actors in Hollywood.

Mastery is a long-term game. Twenty years in and I still do something to learn and grow every single day.

Let me end by adapting the words of the Millionaire Magician:

PS. We’ve opened the doors to Project Kairos 2.0. This is the most in-depth way to get my support on creating clients – for an entire year.

We begin in September and run to September 2023. You will 10X your impact, your income and your inner peace. So you can do the same for your clients. Every single cohort of Project Kairos has sold out. There’s a $5,000 saving for the first 20 spots and there are just 8 spots left before the price increases…

Plus, whenever you’re ready… here are 5 ways we can help you increase your income and impact, as a world-class coach:

1.Watch my Masterclass: Why your fees are too low and how to raise them. It was my best one yet, packed full of strategies and immediate action steps.

2. Do you have what it takes to be a Prosperous Coach? I designed the Coaching Excellence Scorecard to guide you on your coaching journey – toward the coaching career you’ve always dreamed of. Take the quiz and discover how you rank in Confidence, Coaching Skills, Client Creation Skills and Cash Creation Skills. 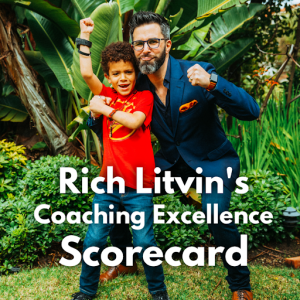 3. Join Transition Excellence, my 6 month, self-paced training on client creation. Plus, you get weekly live group calls with me and my leadership team—and you join our private Facebook group to access our incredible community. TE is ICF accredited.

4. Drastically increase your influence – at The 4PC Accelerator. It’s a once-a-year opportunity to join the members of 4PC (my private club for top performers) at an 8 day training. You’ll create powerful Intellectual Property and assets that cement your legacy. You’ll step up as a Thought Leader. Plus, you’ll develop your own community of top performers and become known as the expert in your field.

5. Apply to join 4PC, my private club for top performers. It includes group coaching, private 4PC Intensives, an online membership center and a community of 30 leaders who will challenge, support and stretch you.

4PC is application only and there are 3 prerequisites: You have a track record of success behind you. You coach extraordinary clients. You have a big mission ahead of you.

It’s a $25K/year investment and a minimum of a 3 year personal commitment. There are only 2 spots available for August entry.