I have written every day for the past 10 years. If you like to read, I've got your back - and I promise to challenge your thinking
Back to articles
November 1, 2019 • Business Building

What’s The Book You Are Scared To Write?

When my friend Christopher was around 4 years old, his babysitter burned his hands on a stove. It was indescribable agony.

He sustained fourth-degree burns and was nearly comatose for almost 6 months.

Most of his childhood was really dark, filled with people who took drugs, consumed alcohol, and constantly yelled and screamed at each other. His mother died when he was 7 and he was put in a boarding school.

That boarding school was tough. But it prepared him for a powerful future. He grew from a terrified little boy with a stammer, into a strong young man who eventually served in the Navy SEALs for over 7 years.

The SEAL motto is ‎”The only easy day was yesterday” and Christopher’s traumatic childhood had prepared him to be one of the most elite military operatives on the planet. Here he is jumping out of a helicopter: 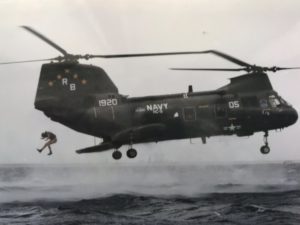 After he left the SEALs, he trained for the Olympics in track and field.  But he pushed himself so hard that he was racked with pain on a daily basis.  He barely slept and he almost lost his hearing and his vision.

His life was literally on the line because he’d pushed himself so hard for so many years.

So he went back to his training. He put himself through his own “Boot Camp” and spent 6 hours every day, for 7 years, putting his body back in balance. 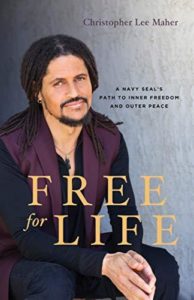 Christopher’s high-level clients come mainly by word of mouth. They include billionaires, celebrities, actors and entrepreneurs. And his first book was published on September 11, 2019. It’s a powerful and moving story.

Christopher Maher is a member of 4PC, my community of high-level leaders. And he’s not the only member to have written a book.

I challenge you to write a book

Back in October 2016, I challenged every member of 4PC to create the book cover for the book they’d love to write. Even if they didn’t know they had a book in them!

If you look at the wall at the back of this photo, the first book cover is called The Wolf Connection: 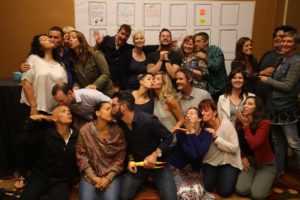 I’m so proud that this year, that book – The Wolf Connection: What Wolves Can Teach Us about Being Human, written by Teo Alfero – was published by Simon & Schuster. 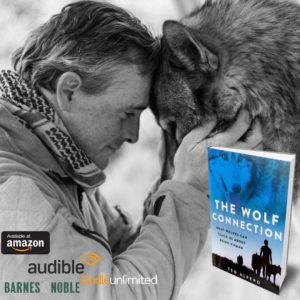 Teo has been a member of 4PC for 5 years. He’s now on the faculty. And he has a wolf sanctuary in the hills of California, where at-risk wolves and at-risk people (inner-city teens, ex-offenders and military veterans) are healed by coming together to support each other in a program called Wolf Therapy®.

John Wineland is a founder member of 4PC. John is a speaker, relationship coach and teacher who guides men and women in the practices of spiritual intimacy, sexual polarity and embodied masculine leadership. You can see his book cover sketched on the top left of the photo above. And that book, The Art of Masculine Leadership is about to be published. 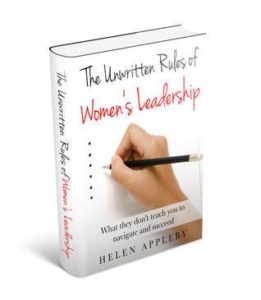 Helen Appleby ​is a former member of 4PC and an executive coach based in New York. Her clients are high potential women, CEOs and senior leaders.

She’s a former VP at a billion dollar healthcare company and her first book The Unwritten Rules​ ​of Women’s Leadership is also about to be published. 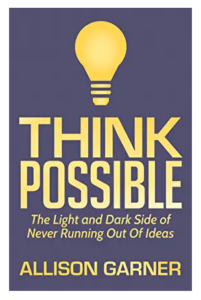 Allison Garner is a former member of 4PC and one of the smartest women I know. She served as an engineer for 20 years in the oil industry. She was the Vice President of an engineering consulting firm, and she is one of the world’s experts in aromatics extraction. Allison is a coach and sits on multiple boards and advisory committees.  Her book, Think Possible: The Light and Dark Side of Never Running Out Of Ideas, is an exploration of the minds of outside-the-box thinkers, who often secretly hide their thoughts out of fear that others will judge or reject them. 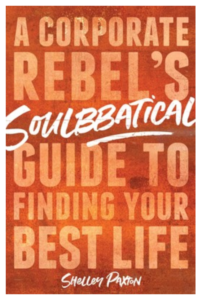 Shelley Paxton is member of 4PC and a rebel at heart. She spent 26 years as a highly regarded marketing and advertising executive, stewarding some of the world’s most iconic brands, including Harley-Davidson, Visa, McDonald’s, and AOL.   In 2016 she left the corporate world to launch her own company, with a mission to liberate the souls of leaders and organizations by inspiring them to realize their greatest purpose and potential. As a professional coach, she works with executives at Fortune 100 companies. Shelley’s book, Soulbattical: A corporate rebel’s guide to finding your best life is due to be published by Simon & Schuster, in January next year.

Other published members of 4PC include:

Evelyne Brink – the author of two books: The Artrepreneur: Financial Success for Artistic Souls. And It Takes Guts, the incredible story of her young son’s life. He was born with a condition that was an immediate death sentence. But he has become the first ever survivor of ultra short gut syndrome: living with no small intestine. It’s a deeply emotional story of a mother’s love and a refusal to listen to what is ‘impossible’. Evelyne coaches successful artists and leaders at one of the UK’s top TV networks.

Mark J Silverman – who generated over $90 million in complex tech sales in the corporate world. He had the suits, the watches, the cars, the million dollar homes but something was still missing… He now coaches senior executives who have it all but still feel unfulfilled – so they have success and fulfilment. He is the author of Only 10s: Using Distraction to Get the Right Things Done. His next book, Mastering Midlife is almost complete.

Danielle Macleod – who was a director at Europe’s leading media company, where she was responsible for over 10,000 people. Early in her career, she was Head of HR at an international consultancy, at 26 years old. Now, she’s building a community of 10,000 remarkable women entrepreneurs. Her first book is called, Remarkably Easy: How to get out of your own way and unleash your brilliance.

Monica Day wrote an edgy book called Play Wild, Stay Safe: The Guide to Giving and Receiving. This book bridges the gap between wild dreams and a need for safety and trust in intimate relationships. Monica is a poet, a speaker and a coach.

Angela Tennison is currently writing her first book about how she honed her leadership skills at the highest level – in The White House. She helped Senator Obama run for office, and then spent 7 years serving in the administration. She was the first African-American woman to serve as White House Usher. Her role in the White House Executive Residence was managing staff, logistics, and operations for the 44th President and First Family. Angela concluded her political appointment as the first and only Leadership Development Director at the US Department of Education. Angela is now the founder of The Leaders Coaching Institute and she coaches high level leaders and those on their way.

What’s the book you are scared to write?

This is my favorite question to ask the members of my community.

Everyone has a book in them but I am more interested in the book you’d write if your first book was already successful… It’s the book that scares you to write where the juice really lies.

I’d love to know: What’s the book you are scared to write?

OK, I know what you’re gonna ask me. What’s the book you are scared to write, Rich? Well, I am working on it right now. There are enough books about how to be successful. I am writing a book about the unique challenges on the other side of success – and how to navigate them.

But as Ernest Hemingway once said: “There is nothing to writing. All you do is sit down at a typewriter and bleed.”

PS. Sign up for my Coaching Excellence Masterclass on August 10. You will learn the frameworks and mindset shifts that the top 4% of coaches use to thrive in life and business. I will share powerful distinctions and key frameworks so you can assess what you need to get to your next level. There’s no charge for this Masterclass – you just need to commit to show up and to apply your insights.

PLUS… Whenever you’re ready, here are 4 ways you can increase your income and impact as a world-class coach:

1. Join me on How to Coach a Superhero, to learn how to coach highly successful clients and do high-level group coaching. Or join me on Money. Money. Money, to handle your limiting beliefs around money, and become financially fearless. There’s a special price to join both…

2. If you want your success and your thinking dramatically re-framed, join me on the 4PC Accelerator. It’s a once-a-year opportunity to join the members of 4PC (my private club for top performers) at an 8 day training – to drastically increase your influence.

3. Join Project Kairos and spend a year being mentored by me – to learn the skills, mindsets and strategies needed to create a powerful and profitable coaching practice.

4. Daniel Coyle, author of the Talent Code, says: “Seek out coaches who are authoritative, who know their stuff and take charge. A little scary is good.”

If you are ready to be pushed and stretched, intellectually and emotionally – to drastically expand your business and your life – there are 3 very unique ways to work with me one-on-one: (1) Thinking Partnership, (2) Protegé, (3) Concierge Trusted Advisor. Apply for an interview. [Note: Investment from $47K to $158K].