“The ultimate act of magic is to create something from nothing.”
— Alan Moore

Last weekend, almost 200 coaches, leaders and entrepreneurs traveled to LA from as far as Australia, New Zealand, Ghana, Singapore, Hong Kong, India, Pakistan — and from across Europe and the US — to join us for our most recent Intensive.

Creating something from nothing… That’s what magicians do. But it’s also what artists and creatives do. It’s what entrepreneurs do, every day.

But what’s truly magical is when a great coach helps their client create something that seemed impossible when they first walked through the door.

Do You Believe in Magic?

“Those who don’t believe in magic will never find it.”
— Roald Dahl

We had a real live magician—Luke Brady—on stage at our Intensive last weekend.

He used his illusions on stage to help us see the illusions and limitations in our thinking in everyday life. As he performed, we gasped in disbelief! 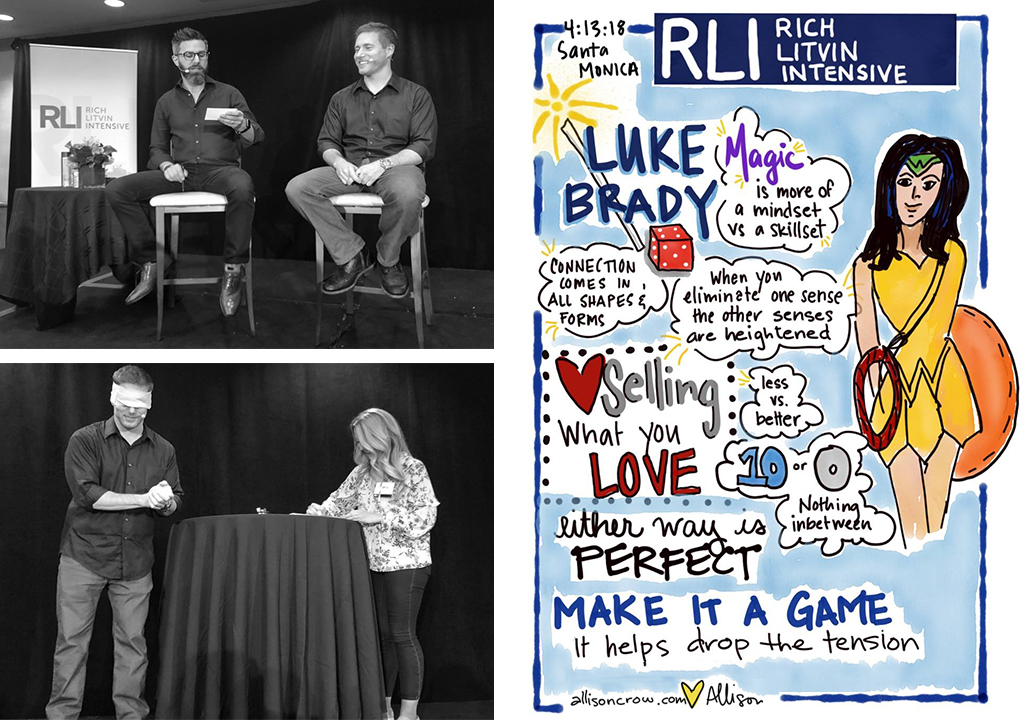 Now, as well as being a Magician and Mentalist, Luke is also a professional Coach.

We help people shift their attention, change their beliefs and quite literally achieve what once looked impossible. That’s the very definition of what a magician does. 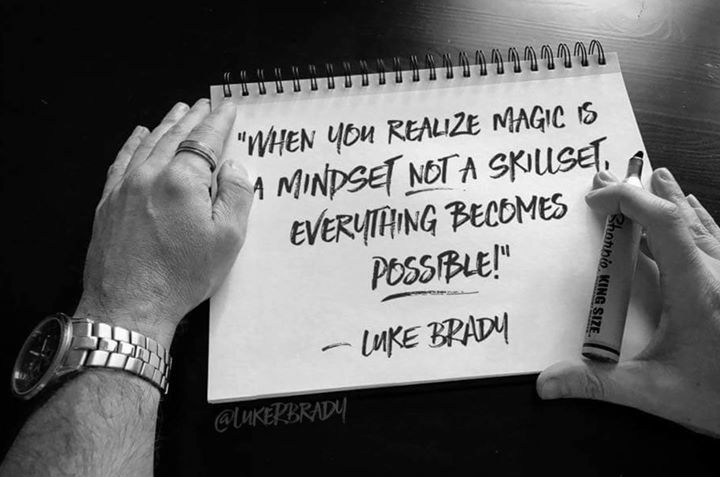 The art of great coaching is asking powerful questions to reveal what is hidden in plain sight.

As Terry Pratchett once said:

“Ninety percent of most magic merely consists of knowing one extra fact.”

When you’re willing as a coach to walk into the darkness with your clients, you’ll help them uncover the beliefs, blocks and blind spots that are holding them back from what they really, really, really want.

When you can see the way you’ve been perceiving the world (often for the very first time) it is surprising how quickly your dreams—that have often seemed elusive forever—become real. 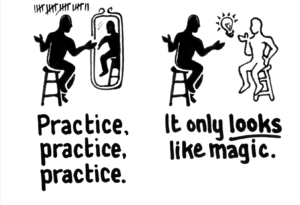 I’ve loved magic since I was a little kid. And when I moved to Los Angeles, I was fascinated to learn that it was the home of The Magic Castle—a private members club for the world’s very top magicians.

I was thrilled to discover that I could join the club for a very short amount of time as a trainee magician! And I immediately signed up for an introductory course in magic.

Have you ever seen a magician effortlessly shuffle a pack of cards and then fan them out on the table so they are perfectly spaced?

I spent weeks learning how to do that.

And it turns out that shuffling is hard. And I mean REALLY HARD!

The magician Teller, of Penn and Teller, knows that. He said:

“Magic is just someone spending more time on something than anyone else might reasonably expect.”

It turns out that I wasn’t meant to be a stage magician because after just a few weeks of shuffling cards—badly—I gave up!

When you spend time with a great magician or a great coach you get a visceral experience of the power of transformation.

First, a light is shone on the very way you see the world. You see the illusions and limitations in your thinking.

Second, when you change the way you see your world, your world changes. Everything you want is now so much closer than you could have ever imagined. 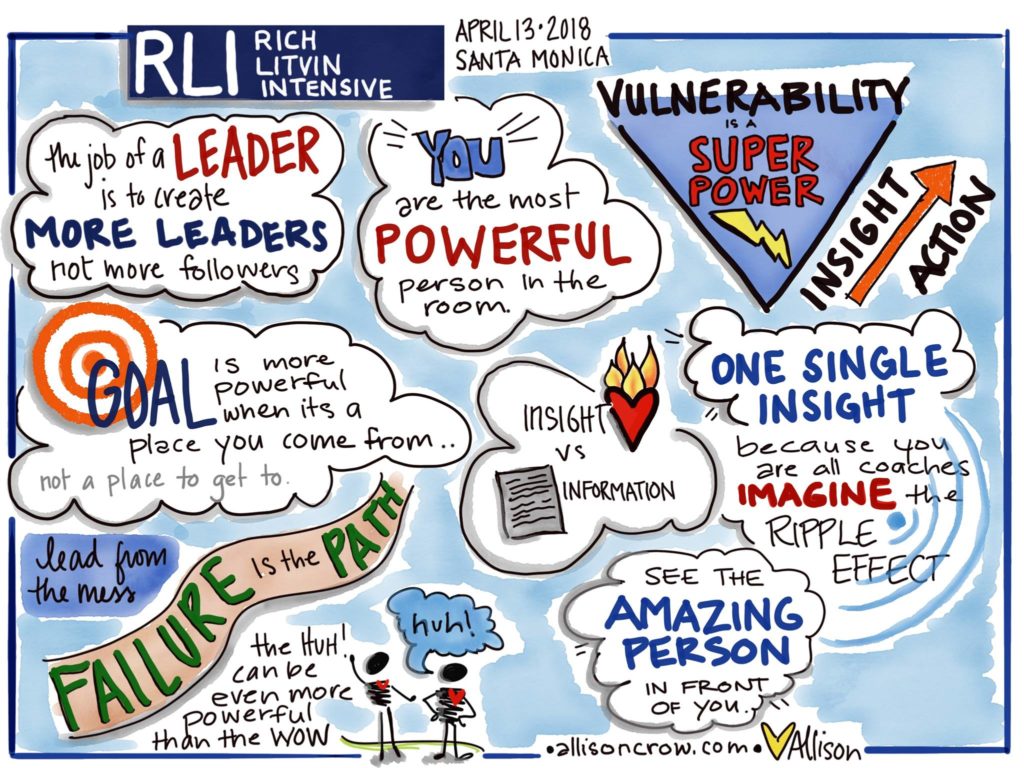 The Power of Distinctions

Distinctions are not “truths” — they’re a tool, an interpretation or story that is empowering. They help you to distinguish your world. The more distinctions you have, the more empowered you are.

Here’s a taste of some of the distinctions we covered at this most recent intensive: 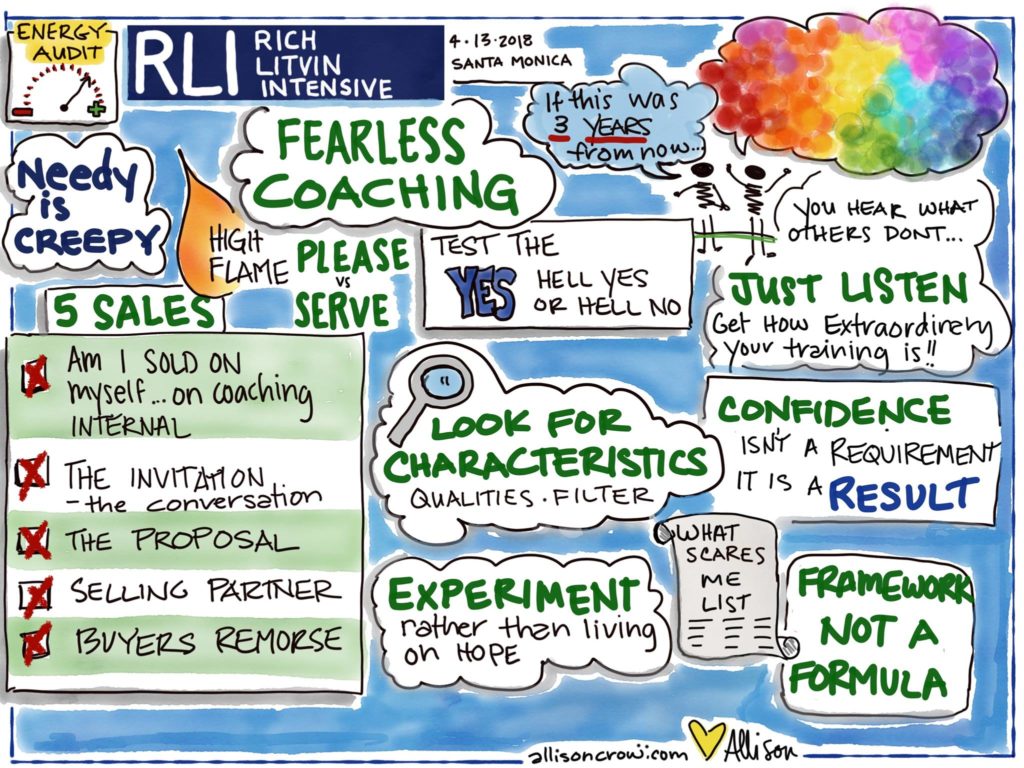 If you’re the most interesting person in the room, you’re in the wrong room…

I’m SO proud of the high caliber nature of the people who attend our Intensives. They are fascinating and interesting—and fun!

Let me give you a taste of who was in the room:

We had several new coaches and even a coach in her 26th year in the field!

I have a belief that if you’re the most interesting person in the room, you’re in the wrong room…

And I had NO fear of that at this Intensive as I’m IN AWE of our participants! 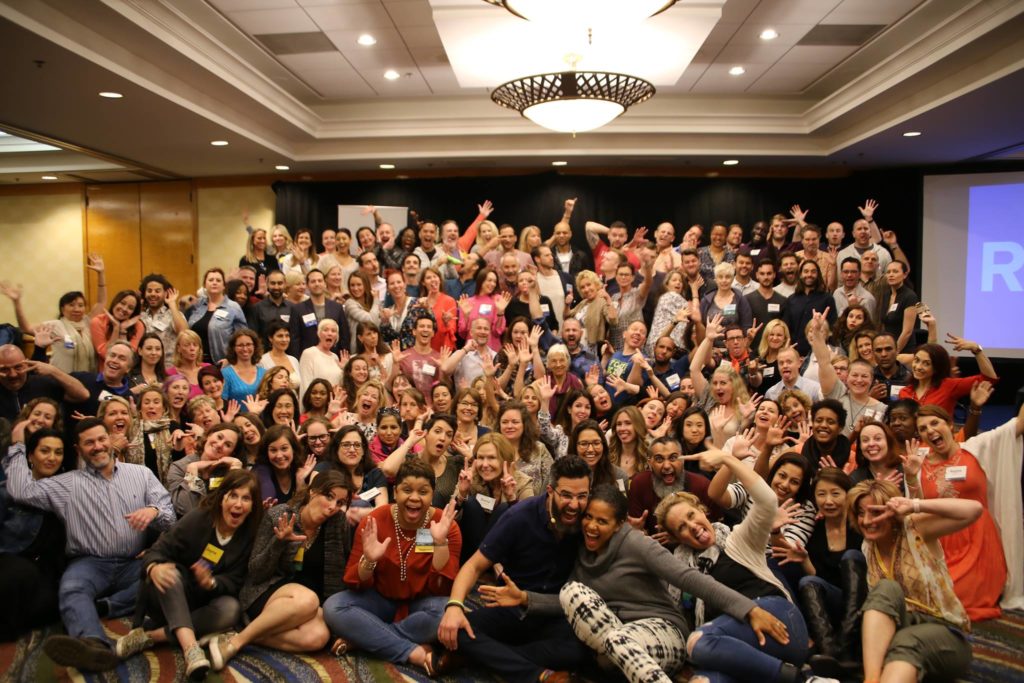