I have written every day for the past 10 years. If you like to read, I've got your back - and I promise to challenge your thinking
Back to articles
November 9, 2013 • Creating Clients, Creating Community

There’s nothing more valuable than a powerful experience

How powerful an experience do you create for your clients and potential clients?

The story below is from Getting Everything You Can Out of All You’ve Got by Jay Abraham:

A farmer wanted to buy a pony for his little daughter. There were two for sale in his town.  Both ponies were equal in all aspects.

The first man told the farmer he wanted $500 for his pony – take it or leave it. 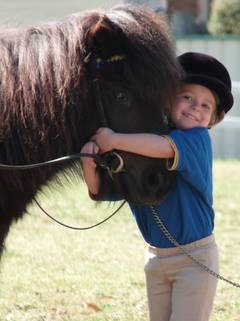 The second man was selling his pony for $750. But the second man told the farmer he wanted the farmer’s daughter to try out the pony for a month before the farmer had to make any purchasing decision. He offered to bring the pony out to the farmer’s home along with a month’s worth of hay to feed the pony. He said he’d send out his own stableman once a week to show the little girl how to groom and care for the pony. He told the farmer the pony was kind and gentle, but to have his daughter ride the pony each day to make certain they got along together.

Finally, he said, at the end of 30 days he’d drive over to the farmer’s and either take back the pony and clean up the stall – or ask, right then, to be paid the $750.

Which pony do you suppose the farmer decided to purchase for his daughter?

Clients NEVER make a decision to hire a coach based on price. It just looks that way to coaches who are not serving their clients powerfully enough.

Let me know one thing you could do to more powerfully serve your clients? https://www.facebook.com/TheProsperousCoach