I have written every day for the past 10 years. If you like to read, I've got your back - and I promise to challenge your thinking
Back to articles
June 24, 2017 • Deep Inner Work

Exponential thinking is fascinating but it’s not for everyone.

Most people are content to live an incremental life. Maybe they want to grow their business a little, be a little more confident or make a bit more money but they aren’t willing to play a REALLY big game.

And that’s totally understandable because 10X thinking makes your heart race and the sweat drip down the middle of your back.

10X thinking has you feel like you’re crazy for aiming so high.

And 10X thinking means that other people will often tell you that you’re crazy.

A 10x mindset requires a whole new mentality. It radically shifts your thinking, your decision-making, the connections you make and the actions you are willing to take.

10x thinking is an order of magnitude improvement.

10x thinking has an immediate impact on you internally. It engages you viscerally. It’s like walking a fine line between feeling afraid and feeling energized. You wake up with your heart racing at the thought of being alive.

But ten percent thinking is different… Thinking 10% bigger is where most people set their sights. Yet, 10% bigger thinking isn’t exciting. It’s about taking the obvious path that everyone else is on. It doesn’t engage you intellectually or emotionally. It won’t fire up your team. It won’t have people do whatever it takes to support you in your mission. It won’t energize you. In fact, it will often drain you of energy.

10% thinking is based on existing tools, ideas and assumptions. 10x thinking requires courage and creativity. As Sam Sam Altman, the President of Y Combinator, said: 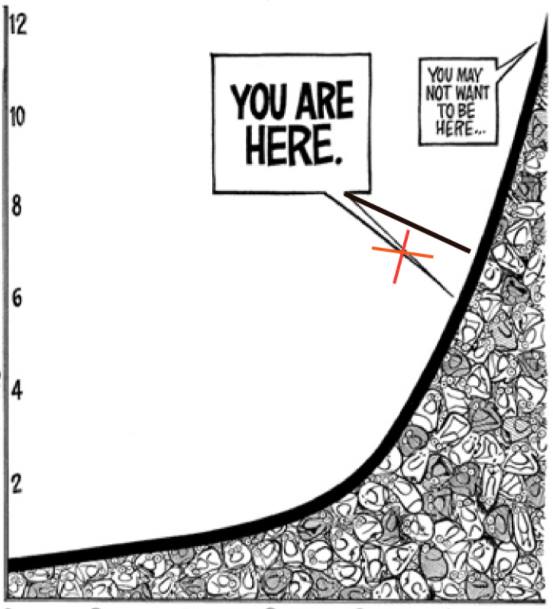 Astro Teller is the Director of Google X Laboratories, Google’s semi-secret research and development facility which was designed “to invent and launch ‘moonshot’ technologies that we hope could someday make the world a radically better place”.

What he says seems counterintuitive at first glance:

“It’s often easier to make something 10x better than it is to make it 10% better.“

Or as I put it in the very last words of The Prosperous Coach:

P.S. Join us for a “Hot Seat Coaching” webinar on June 27th. Be a fly on the wall as I coach people who think exponentially, people who have taken on an exponential mission—a mission that couldn’t be solved by thinking outside the box, but could just be solved by kicking the damn box over! Join us. What insights will you have? http://richl1.sg-host.com/hotseat