It’s why I created 4PC. Selfishly. For me. So, I didn’t have to feel quite so alone. So, I could be surrounded by fascinating people. So, I could have people in my world who inspire me.

In the words of Maya Angelou, Nobody, but nobody can make it out here alone…

Now if you listen closely

I’ll tell you what I know

The wind is gonna blow

The race of man is suffering

And I can hear the moan,

Can make it out here alone.

Can make it out here alone.

I’ve just run a private 5 day Intensive for the members of 4PC. A group of leaders, who are making a tangible difference in the world, gathered together on Zoom. We got vulnerable with one another. We challenged one another’s thinking. And we loved each other up. Just enough, so that we can go back into the world, knowing that there’s a group of people who have our back. 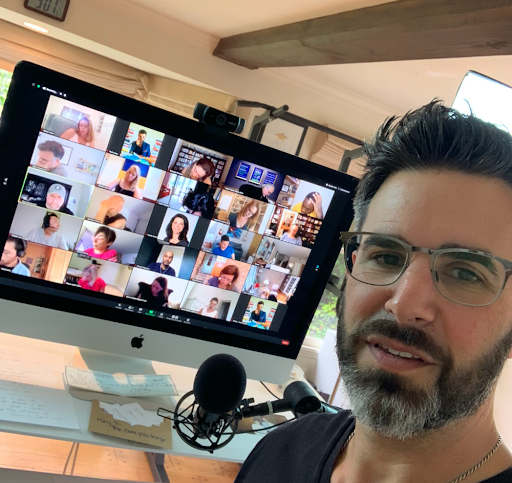 Here are some of the things that get discussed when you put a group of top performers in a room:

1. Courage is the quality you need most in life and business

Sometimes you don’t even need twenty seconds of bravery.

We ask our little boys a question about courage, every single night over dinner. We want them to know that courage is a daily habit, not something you call on only when you’re scared.

If you answered this question every night for the next 30 days, your world would transform:

What was one small act of courage you took today?

2. The power of purpose

During the Intensive, I was challenged by one of our members who couldn’t feel my heart, as I was discussing what I do.

I started to cry as I shared a story I’ve never shared before.

It was a cold London morning and I was just 9 years old, sitting in the back seat of our car, as my mum drove me to my primary school.

We were stopped at an intersection, when I noticed a lorry reversing towards us. We must have been in his blind spot as it was clear, even to a little kid, that he wasn’t stopping.

I was scared. I wanted my mum to hit the horn or to reverse away from him.

But she did nothing.

This powerful woman was frozen in fear.

I watched in terror but I said nothing. And I did nothing. I was frozen in fear, too.

After a few paralyzing seconds, the truck hit us.

We were shaken up but unhurt. He’d only been moving slowly. But this story points at the real reason I do what I do.

Tears were running down my face as I shared with 4PC that I’ve felt powerless for much of my life. I’ve been driven by the shame of that sense of powerlessness.

Living a life where I have secretly lacked confidence has been painful. But it’s also turned out to be a gift for a coach who works with talented, successful, driven leaders. You see, I’m really good at noticing when powerful people are holding themselves back. And I’m gifted at drawing out people’s power.

President John F. Kennedy once said, “The only reason to give a speech is to change the world.” In 1962, he gave a speech to persuade the American people to support a national effort to land a man on the Moon. Within 7 years that goal was realized with the success of the Apollo 11 mission.

When he visited NASA for the first time, Kennedy complimented the janitor for the spotless hallway. “Mr President,” replied the janitor, “I’m not cleaning the halls, I’m helping put a man on the moon…”

I learned the power of purpose from JFK. And my entire team knows that we’re not a coaching company. We do something far more important.

We help powerful people remember how powerful they are.

We’re not a coaching company.

Your purpose is the reason you do what you do that makes you cry. You’ve probably been doing it in some way your entire life. It’s like a guiding star on the horizon – you’ll pursue it forever but never reach it.

Jordan Hall is an entrepreneur in the field of exponential technology. Talking recently to Jamie Wheal about the pandemic, he said, “The task ahead of us is impossibly large, and therefore impossible to solve with additional, even heroic efforts.

It’s like Thor’s Hammer. It is infinitely heavy. It can only be lifted by Thor himself. No amount of effort by the wrong person can budge it.

So the only solution is to find your hammer – find what’s yours to do and go and do that. Everything else is wasted effort.” 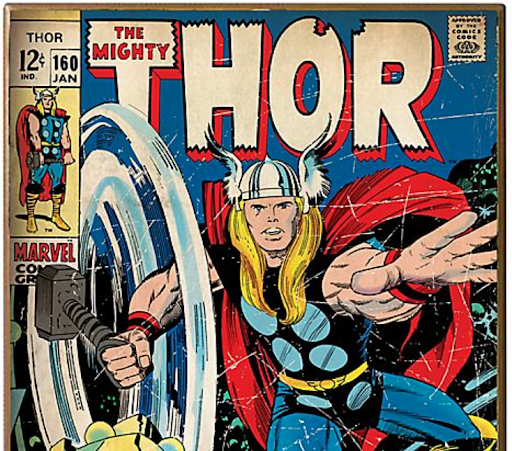 What’s your hammer? What’s the one thing only YOU can do?

We live in a world where consuming as many books as possible, as fast as possible, is something people seem proud of. We listen to podcasts on 1.5X speed. We use apps with 15 minute book summaries.

David Perrel wrote, “Many of the most successful people … have found their edge by putting their faith in one big idea. They’ve committed to the idea, and studied it so much that its implications have become second nature.”

For the past 7 years, I’ve built a business around a single idea: Fascinating People… [It points to the fascinating people in my community and to the creative work I do to fascinate them.]

Imagine that in 5 years time you’ve become known for taking one simple idea seriously. What would it be?

Joseph Campbell was a professor of literature who studied comparative mythology. He is known for his idea that all myths and stories follow a common pattern. He named this The Hero’s Journey. Years later, Maureen Murdock created an alternative, called The Heroine’s Journey to describe the journey that a female protagonist goes through in a story.

It’s important to know the elements of every journey to becoming a hero, for two reasons. First, by definition, you’re the hero of your own story. Second, your secret mission is always to help your clients become superheros. Here’s the 5 part breakdown of your journey:

Dan Sullivan coaches entrepreneurs. He asks a powerful question of his clients: “Who do you want to be a hero to?”

As Dan says, not all heroes wear capes. Your mission as a coach and a leader is to identify the people you can create the most value for, help them to grow their skillset and their mindset – and grow your own in the process.

I want to be a hero to talented, driven, leaders and coaches. Fascinating people, who are making a big impact.

How about you… Who do you want to be a hero to?

The term “siren song” refers to an appeal that is hard to resist but that, if heeded, will lead to a bad conclusion. The Sirens, in Greek mythology, were monsters who pretended to be beautiful women with amazing voices. They lured sailors with their enchanting music and singing voices to their death, on the rocky coast of their island.

Odysseus was a legendary Greek king and the hero of Homer’s epic poem the Odyssey. As no sailor had ever heard the Sirens and survived, he wanted to hear their famous song and survive. He had his sailors plug their ears with beeswax and tie him to the mast, while they sailed past. He ordered his men to leave him tied, until they were in the distance, no matter how much he might beg. When he heard their beautiful song, he ordered the sailors to untie him but they bound him tighter. When they had passed out of earshot, Odysseus demonstrated with his frowns to be released.

Being tied to the mast was a forcing function – a self-imposed situational factor that forces you to act in your best interest. I created a forcing function when I left England in 2005, with a commitment to be a professional coach. I sold my dream home and my car. I knew I wasn’t coming back.

Slightly less radical, when I stay in a hotel room, I request they remove all the snacks in the minibar, so I am not tempted to eat them. I have a personal trainer as a forcing function for working out. And you may not know it but I made a commitment to you – to write twice a week, every week, which is why I am writing this article right now.

In 4PC we get together for an Intensive about every 90 days. There are coaching sessions in between but we’re human and we know in advance that mighty goals can be felled by tiny habits. So we prepare for failure by creating forcing functions for ourselves and each other – such as making commitments in front of our community.

What’s one forcing function that would keep you committed to your goals, over the next 90 days?

4PC is a high pressure environment. We’re surrounded by people who are where we want to be in at least one area of our life. We are each forced to compete higher than our skill level.

As Steven Kotler wrote in The Rise of Superman, “To really achieve anything [top performers] have to be able to tolerate and enjoy risk. It has to become a challenge to look forward to.” To perform at their best, they need to take on challenges 4% greater than their skills. It’s called The 4 Percent Rule. And it’s the secret meaning behind the name of my community – The 4 Percent Club – 4PC.

Do you have your own high pressure community? Do you surround yourself with people who inspire you? Do you continually take on challenges greater than your skills?

PS.  For the first time ever we’ve created a high pressure environment where you can be challenged and supported by the members of 4PC. We’ll help you develop your own community and become known as the expert in your field. You’ll find it hard not to grow, surrounded by the most talented, driven leaders I know… Only 21 spots left. The price goes up from $5K to $6K at midnight, tonight—Wednesday, Sept 16.

Whenever you’re ready… if you are a high-performing executive or entrepreneur (or you used to be) here are 2 ways we can help you increase your income and your impact—as a coach to high-performers:

Join my community of high-performing coaches and build the skills, the confidence and the powerful language you need to enroll high-performing, high-fee elite clients.