I have written every day for the past 10 years. If you like to read, I've got your back - and I promise to challenge your thinking
Back to articles
September 17, 2021 • Rich Litvin 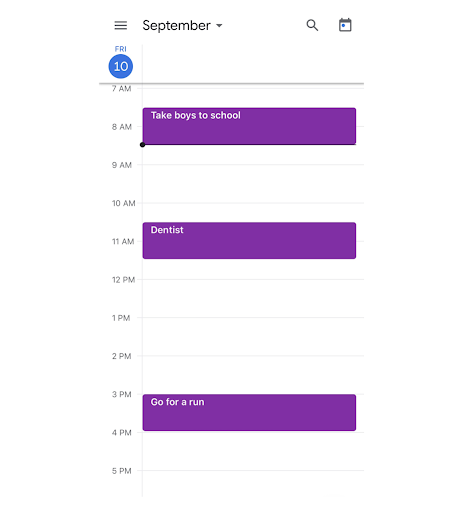 If you’re an entrepreneur or coach who began your career working for other people, you know that feeling of craving the freedom of being your own boss, right?

Were you surprised to discover that there’s no boss more demanding than that person who looks back at you in the mirror?!

I was driven and ambitious in my 20s. Probably mostly due to a need to prove myself to my father.

I used to get to work at 7am. I rarely left before 7pm. And I often worked on a Saturday.

When I began working for myself, I would work far longer hours. Many days I’d work until midnight. I’d check my email if I woke up at 3am. And I’d respond to clients on weekends.

In 2010 I was impressed when my coach told me that he took a month off every summer.

I said, “I would like to do that someday…”

He responded, “Why not this year?!”

I was shocked. I imagined that was something I could aspire to in around 10 years or so.

I drove home thinking about that idea. What if I could take a month off this year?

I called each of my clients the next day.

I explained that I was thinking of taking August off and that if they’d like to take a month off our coaching agreement, I would be able to extend our coaching for a month longer than we’d originally planned.

Every single one of them thought that was an excellent idea.

And like that, I had my first month off as a coach!

A few years later, I stopped in my tracks the first time I heard Alan Weiss say, “True wealth is discretionary time.”

The truth of that sentence resonated as I was now a father to two little boys and my priorities had rearranged quite radically. For the first time since becoming a coach, there were two little people who were more important than any client—no matter how much they were paying me.

“Free Days” are what Dan Sullivan refers to as 24-hours with absolutely no work-related thinking, reading, or activities. And I have slowly been adding more of them to my calendar, each quarter, for the past six years.

Sixteen years after I had my first coaching client pay me $10 [not a typo!] for a whole month of coaching, I now run two businesses and lead two teams.

I won’t kid you, I’ve put in a lot of hard work and sweat equity over the past 16 years.

Over that time I’ve turned away dozens of potential clients, in order to set the bar higher and higher each year for who I am willing to coach. I’ve built teams of top performers, in two businesses, who don’t need to be managed. I’ve co-founded Transition Excellence—a 1+1=11 business, where my co-founder and I get to work only in our Zones of Genius.

I have programs scheduled for 2022 that people are signed up for more than 12 months in advance (Project Kairos and the RLI). Two weeks ago, I launched two new programs (Master The Prosperous Coach and The Pygmalion Effect) and we already have over 180 people signed up to join me. 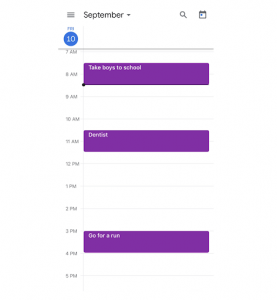 This is a screenshot of my calendar. I’m writing this at 8:30am. I just dropped the boys at school and I’m home for a couple of hours before I go to the dentist. The only other thing on my calendar today is a run this afternoon.

I’ve just come back from 9 weeks of vacation time. I’ve taken the family to Hawaii, Utah and San Diego. I’ve been to Mexico with Monique (no kids!) And I’ve been to England to see my Mum.

Many years ago, one of my coaches asked me, “What if… the LESS time you spend in your business, the MORE impact you have—and the MORE money you make?”

At the time, it was a CRAZY question! It didn’t even make sense to me.

I love hearing stories of where less is more… How are you making MORE money and impact—by working LESS?