I have written every day for the past 10 years. If you like to read, I've got your back - and I promise to challenge your thinking
Back to articles
August 24, 2018 • Creating Clients

If you’re not having fun, you’re doing it wrong!

When I first started coaching I used to be super serious.

And then one day my own coach challenged me to look at my shadow side – the unconscious parts of my personality that can run the show, if I’m not paying attention.

I admitted that the part of me I was mortified to look at was exemplified by Austin Powers. British. Bad teeth. Thinks he’s great with women. Assumes he’s ultra-suave. 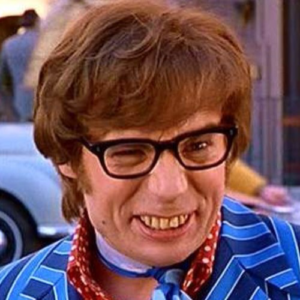 I put this picture on my computer desktop and I had it in front of me every time I coached my clients.

And the seriousness began to fall away.

We began to have fun.

I had a client run around a parking lot in the middle of a coaching session. I had a client go into a furniture store to order a pizza. (Long story!) And I coached a client in a graveyard!

As Groucho Marx said: “If you’re not having fun, you’re doing something wrong.”

At our Intensives we teach coaches to create clients, to develop powerful coaching skills and to build their business. They learn how to increase their income and make more impact than ever before.

And we have real fun, too.

We’ve had world-class magicians, jugglers, pianists and singers on our stage. We’ve had real, live wolves on our stage. We even had an escape artist break out of a straitjacket in front of us. (You had to be there!) 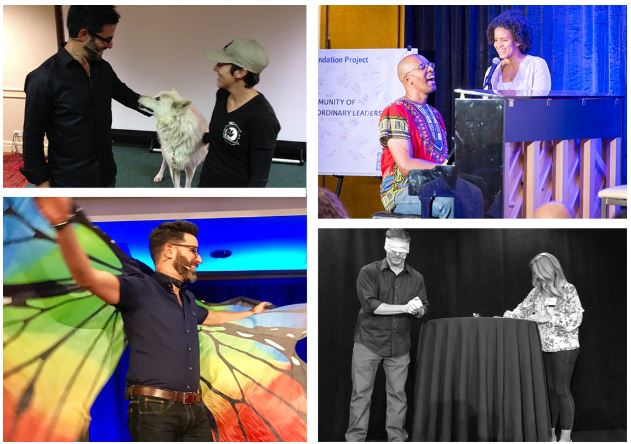 We have adventures at our Intensives. We’ve sent participants out on lunch breaks with challenges to make money or to create clients. It’s been scary but we’ve laughed at ourselves too. And we’ve generated millions of dollars in the room!

High Performers. At work and at play!

4PC is our community of high level leaders and coaches who learn and grow together.

When you spend time with us in 4PC you fly. And the longer you spend with us, the higher you fly. It’s just what happens.

OK, sometimes you literally fly… Like the time we took all the members to Trapeze School on the Santa Monica pier!

Our members and alumni include military veterans, authors, martial arts experts, a former Navy Seal, a pilot of 767s, the former Chief Marketing Officer of Harley Davidson, a musician who performed at Carnegie Hall, a Navy bomb disposal expert, leaders of non-profits, entrepeneurs and coaches running 6- and 7-figure businesses.

We’ve helped them all to have more fun, while they make a bigger impact than ever before.

Over the past four years, we’ve had a treasure hunt across London, we’ve played The Samurai Game, we’ve tried to escape from Escape Room, we’ve hosted an ‘Interesting People Dinner’, we’ve had a Superhero party, we’ve had a ‘Party Like A Rockstar’ party, we’ve been stargazing in Sedona, we’ve hiked with wolves, and (don’t tell anyone) we’ve even had a Onesie party!

As Randy Pausch, author of The Last Lecture, said: “Never, ever underestimate the importance of having fun.” Come join us at our next Intensive: RichLitvin.com/intensive