I have written every day for the past 10 years. If you like to read, I've got your back - and I promise to challenge your thinking
Back to articles
October 14, 2022 • Rich Litvin 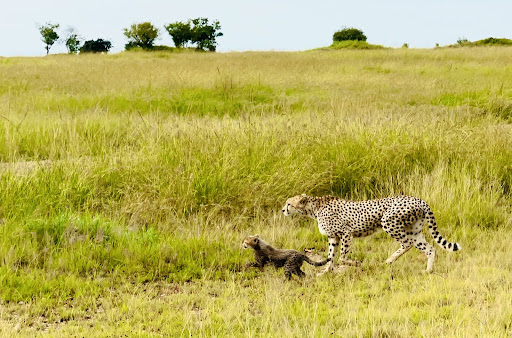 You can do hard

We had an amazing view of two cheetahs on one of our game drives in Tanzania this summer.

We sat silently in our vehicle and watched them for at least 30 minutes.

We asked our guide what the cheetahs were doing and he replied:

“Nothing. That’s the hard part. You never see this on a wildlife documentary.

They’re waiting. They might be struggling. Sometimes life is hard on the savannah…”

Entrepreneurship is often full of waiting – and struggle. Nothing is the hard part.

Patience, persistence and perseverance are the skills that make the difference between surviving and thriving in business.

One night, on our African trip, we left our boys with our friend’s babysitter, in Dar El Salaam, the capital city of Tanzania.

One of my sons was a little nervous, so we left him a phone, to help him relax, knowing we were connected.

Here’s a text exchange that occurred later that evening,

“You know we love you. You know we’ll be home later.”

It was ever so challenging for me to write that message and not rush home to my child. But I know my bigger mission as a father is to help him build the skills to handle the hard times.

You can do hard

Here’s a simple but valuable tool to help you – and your clients – when things feel hard.

How do I know that hard times are on their way?

Because hard times are always on their way…

Almost fifteen years ago, in October 2008, Paul Graham wrote an article called, Why to Start a Startup in a Bad Economy:

“A recession may not be such a bad time to start a startup. I’m not claiming it’s a particularly good time either.

The truth is more boring: the state of the economy doesn’t matter much either way. What matters is who you are, not when you do it…”

“An advantage of bad times is that there’s less competition… For any given idea, the payoff for acting fast in a bad economy will be higher than for waiting…”

You will need courage… The courage to start things that scare you, the courage to keep going when times are hard, and the courage not to be disappointed with what you encounter along the way.

But remember: Courage isn’t the absence of fear. It’s knowing you feel afraid and doing what scares you, anyway.

Monotonous consistency is the hidden secret to success 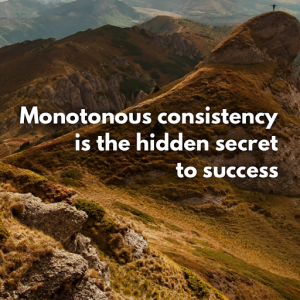