I have written every day for the past 10 years. If you like to read, I've got your back - and I promise to challenge your thinking
Back to articles
March 2, 2021 • Rich Litvin 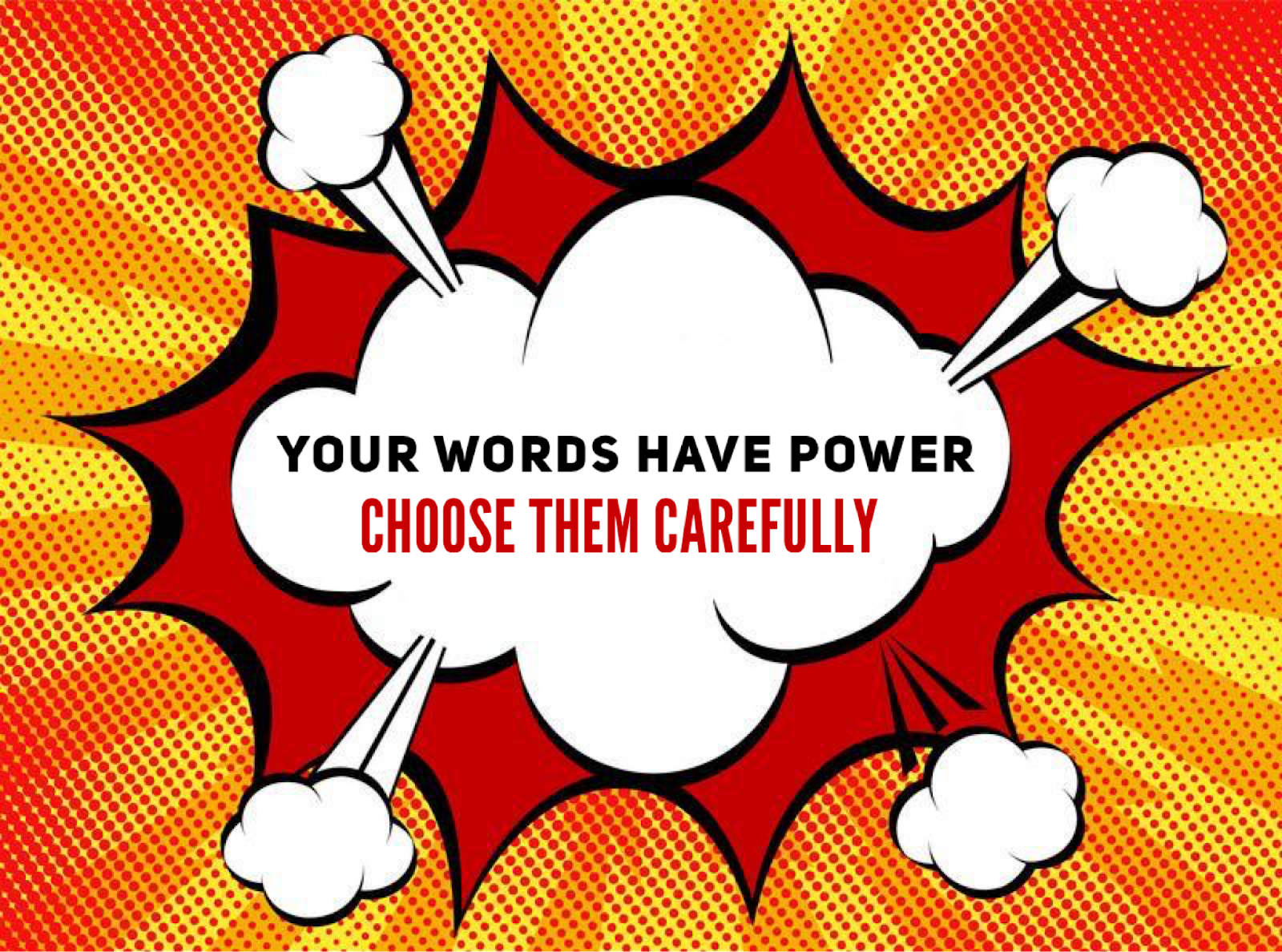 Your words have power. Choose them carefully.

It was a cool, sunny day in April 1991, when Gerald walked out of the Royal Albert Hall in London. His chauffeur was waiting for him.

The applause of a prestigious group of Britain’s top business leaders was still ringing in his ears.

They had laughed loudly at all of his jokes.

He was the head of a billion dollar company.

None of Gerald’s success had been predicted.

When he was just 13 years old, he was expelled from school. He started his career working in a market stall.

He went on to build up an extremely successful chain of jewellers.

During the 1980s, most jewelers shops were dark, dull and designed for wealthy people to purchase expensive items.

His stores used loud, bright posters. They promoted cut-price bargains and offered low price jewelry. And it was a hit.

The necklaces and rings they sold were cheap and a little tacky but customers loved the low prices and for the first time ever teens and twenty-somethings were interested to purchase jewelry.

And then Gerald told two jokes to a group of business leaders, that changed his life for ever.

In another line from his speech, he said that one of his sets of earrings was “cheaper than a prawn sandwich but probably wouldn’t last as long.”

As he was driven back home, Gerald had no idea that when his jokes would be reported in the press the next day, the story would wipe two thirds of a billion dollars off the value of his company.

There was no way he could foresee that, within a year, hundreds of his stores would be closed and thousands of his employees would be fired.

And Gerald had no clue that within 18 months of that drive home, the CEO he would appoint to turn the company around would call him into his office to fire him, in turn, from his own company…

And the phrase “doing a Ratner” has entered the world of business as an example of how leaders should think before they speak. It suggests that you say nothing publicly that could be used to harm your business.

But there’s a deeper lesson here than, “Be careful with your PR.“

Gerald Ratner actually thought his products were cheap crap. The jokes he made that day were him saying out loud what he said privately. He was being authentic.

Matt Barrett is the former CEO of Barclays Bank. He revealed at a hearing of the British Parliament that he would not use his own bank’s credit cards. He said, “I do not borrow on credit cards. I have four young children. I give them advice not to pile up debts on their credit cards.“ He was also being authentic.

The Oscar-winning actress, Dame Helen Mirren, was the face of the cosmetic giant, L’Oreal’s, “Age Perfect” moisturiser range. She was appearing as a brand ambassador for L’Oreal at an event in the South of France, when she said out loud that moisturiser “probably does f**k all.” She was definitely being authentic.

Your words create your world

It takes years to build trust among your clients and your community, but that trust can be blown in a few words.

Here are 4 powerful ways to use language to build your business: 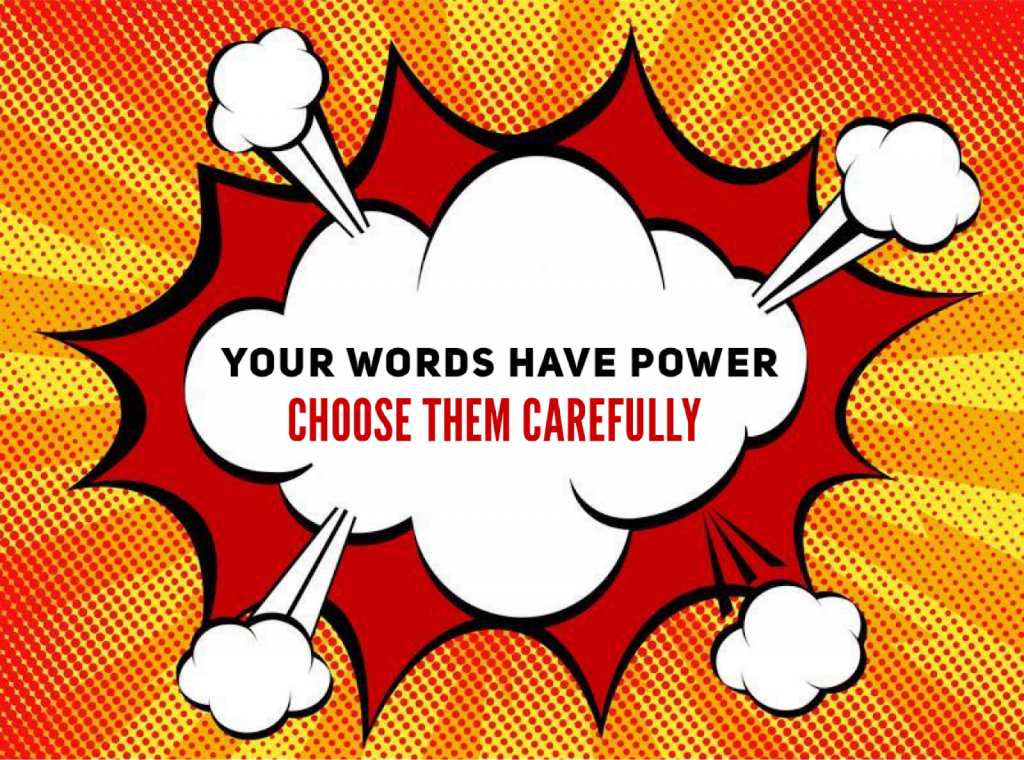 The word content has more than one meaning. It can refer to the material you are creating—books, articles, videos, etc.

To feel content also means to feel satisfied with the present circumstances.

I hope no one ever feels “satisfied” when they read, watch, or listen to what I’ve created.

When I create, I am doing my best to fascinate people. I’m intending to challenge their thinking—by provoking and evoking (stirring them up and drawing them out).

But you’ll never hear us talking about an “email list” or “social media” at my team meetings.

We talk about our community.

Email is just one of the ways we connect with our community.

The size of an email list is a vanity metric. You can literally buy an email list with 100,000 people on it, right now. But if they’re not your people, if they don’t engage with you, or take action based on your challenges or requests, that email list is just a statistic.

When you think in terms of an email list, communication is mostly in one direction and it’s top down.

When you build a community, they will connect and meetup, without you being present. When you draw together interesting people, you’ll be top of mind, without being top down.

For years, dozens of mastermind groups have got together around the world because they first met at one of my Intensives.

I use email to connect with my community but I have also created private online communities, like the app we use for our Intensive, and the Mighty Networks groups we use for 4PC and Project Kairos.

Members of my community regularly meet up live, as well as virtually, all around the globe. They interact on my online groups while I’m asleep.

I don’t have an email list. I create community.

There are thousands of articles online with titles like, “How to Build a Marketing Funnel that Converts.”

You’ll never hear my team talking about a marketing funnel.

We spend our time thinking about the Coaching Journey.

We spend our time creating programs and resources to support coaches and leaders on their Coaching Journey—from struggling to striving, and then all the way to exponential success.

We’re not afraid to do marketing. You see, the phrase, “If you build it they will come,” isn’t true.

If you build it—and you tell people about it—they will come!

And we’re not afraid to sell.

But we sell by serving and creating value for people.

I don’t have a marketing funnel. I take people on a coaching journey.

Imagine how it would feel if you overheard a salesperson talking about you as a prospect. Feels icky, right?

You’ll never hear me or my team talk about prospects. We refer to people in two ways—as clients or as potential clients.

We don’t do prospecting, which literally refers to digging up dirt. We seek out—and draw out—the potential excellence and ability in everyone we meet.

I don’t look for prospects. I seek ways to serve potential clients.

The word abracadabra comes from Hebrew – (אברא כדברא). It means, “I create as I speak.”

The distinctions I’ve shared above are more than just linguistic twists.

If I was creating content for my email list, to get prospects into my funnel, you probably wouldn’t be here. And I wouldn’t have built a community of active and engaged leaders and coaches—mostly by word-of-mouth—for the past 15 years.

Your words literally create your world.

PS. There are 7 spots remaining at my only Intensive in 2021. Reserve your spot now.