I have written every day for the past 10 years. If you like to read, I've got your back - and I promise to challenge your thinking
Back to articles
March 1, 2019 • Deep Inner Work

The Salon Is No More…

In 2005, I spent 6 months reflecting deeply on relationship. You see, I’d spent the previous few years dating with the secret – and serious – desire to get married.

And I was tired.

And one thing got really clear… Marriage didn’t make sense, for me.

I had a coach at the time who gave me the space for lots of reflection and introspection. And I got really clear.

Marriage wasn’t for me.

I let it go completely.

And then I left Thailand and flew to the United States for a workshop on coaching. It was so bad that I quit after two days and I signed up for a 3 month teacher training on communication and relationships instead. Maybe they’ll be more useful coaching skills, I thought.

I met a woman on my first day there.

Nine days later – even though I’d only just got clear that I’d let go of marriage completely – I had this crazy thought pop into my head, “I should propose to her!”

The thought was SO crazy, that I did what any sane person would do.

I shook it off completely.

And then, 24 hours later, I proposed to her!

Even more crazy, ten days after we first met, she said, “Yes!”

This year will be our 12th wedding anniversary.

Sometimes you need to completely let go of what you want in order to create it in your life. It’s the heart of The Prosperous Coach Approach – it’s the corollary to the principle, “Needy is creepy.”

We don’t even have a word for its opposite in the English language, but “Non-needy is sexy!”

But here’s where my romantic story took a sudden left turn. You see, a year and a half after we got married, Monique left me.

I was heartbroken. We both cried. A lot. But she was clear that was it and we separated.

I’d had a secret fear in every single relationship I’d ever been in that eventually ‘she’ would leave me (whoever she was, at the time). And now, finally, the very worst had happened. I was married – and she’d left me.

But then something interesting happened…

I noticed that I was ok.

I began to go out again. I began to spend time with people again. And I began to feel happy again.

Over a period of several months, Monique and I got back together. And we’ve been together ever since. But this time, something had changed inside of me.

Once again, I’d let go of something.

This time, I’d let go of a deep fear of her leaving me. Don’t get me wrong, I don’t want it to happen. But if it ever does, I know I’ll be ok.

Letting go of that secret fear of her leaving me has given me an inner confidence. And that’s deeply attractive.

Hell Yes or Hell No

For the past 11 years, I’ve run a program called The Salon, based on the idea of the “Salons” in seventeenth and eighteenth century Europe, where super talented women (who were unable to work at the time) would gather together eclectic mixes of the most fascinating people for high level conversation, to raise all of them in the process.

I initially founded The Confident Woman’s Salon, at a time when I was coaching mainly extremely powerful women. It later became The Prosperous Coach Salon and many of the most successful coaches in our community have been through it. I’ve also run Leadership Salons and even a Secret Salon.

Jennifer Gresham made $174,000 within six months of being in a Salon.

And Karen made over $300,000 in her first year of coaching after being in a Salon.

In fact, a couple of years ago, my team suggested we change the name because so many coaches were copying it and running their own Salons. I laughed and said, No! It was a sign of the impact our Salon was having on the coaching world.

Two years ago, we transitioned the Salon to be run by Giovanna, our lead Associate Coach. I’d make guest appearances but I no longer ran it.

But last week, I woke up with a scary insight.

It was time to let go of The Salon.

“Let’s just pause it,” came a response from the team. “Or maybe we could create a Waitlist.”

I have a rule of thumb for life that makes decisions simple. Not easy, but simple.

Hell Yes or Hell No.

You see, there’s no such thing as “Hell Maybe!” 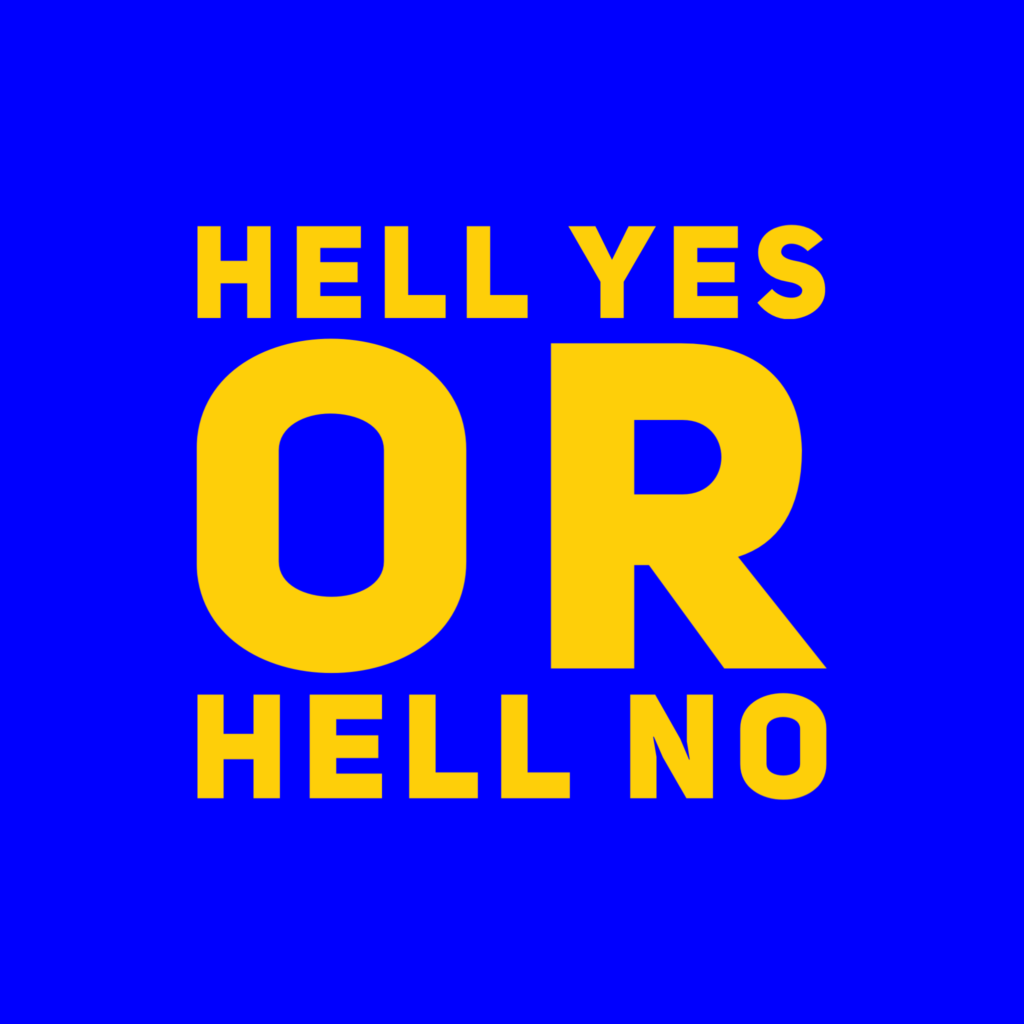 It was scary to apply that rule this time, but I was no longer a Hell Yes to running The Salon.

I knew, as Stephen Covey says, “The good is the enemy of the great.”

After 11 years, The Salon is no more.

That’s a little scary for me. But it’s also exciting.

My energy is freed up to complete my second book.

My energy is freed up…

So watch this space!

P.S. Whenever you’re ready… here are 4 ways we can help you increase your income and your impact: